The Delta IV is one of the two United States EELV boosters designed to launch a variety of small to large spacecraft into Low/Medium Earth Orbit, Geosynchronous Orbit, and planetary trajectories.  The Delta IV’s first flight was on November 20, 2002 and launches from Cape Canaveral Air Force Station in Florida and Vandenberg Air Force Base in California.

This kit simulates the real fly out of the Delta IV Heavy with separating boosters that recover on their own chutes. This is accomplished by using Thrust/Drag separation. The core has a longer burning lower thrust motor, the boosters use a higher thrust short burn that lift the core until the slide off when their thrust tails off. The kits employ clear acrylic fins that are mounted on the aft of the airframes (normal placement) that make them almost invisible during launch and fly out.

This is a very challenging kit, there are options available for the builder to add more detail if desired. Some external detail parts that are provided are made of molded resin. Adhesive wraps are provided to simulate some of the smaller external details and the foam on the fuel tanks.

Please note, this is a sport scale model, some actual details are modified from the real rocket in order to accommodate the separating boosters and for durability, etc. 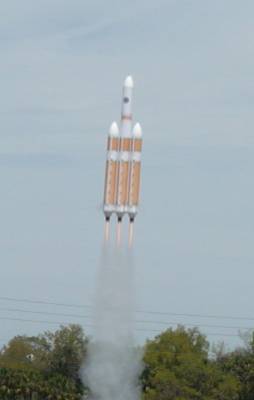 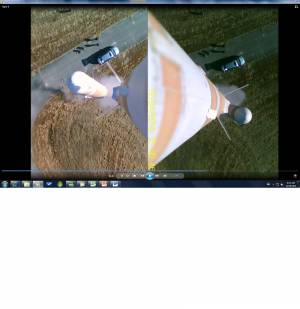 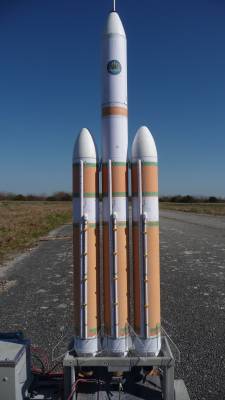 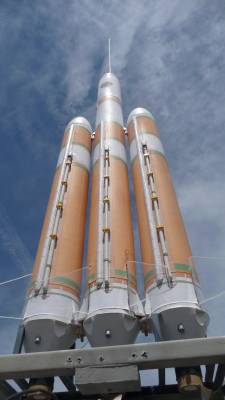 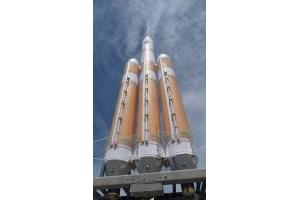 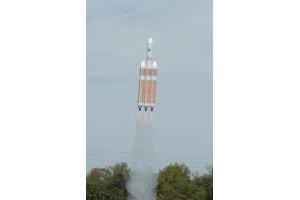 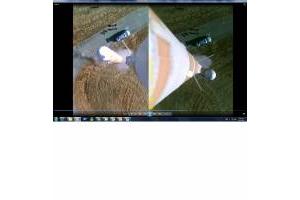 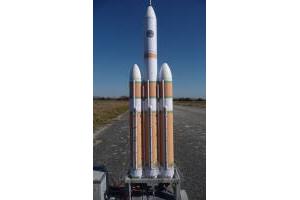