Back in the early days of my BAR-dom, I discovered the wonders of Ebay, which allowed me to pick up two MRC kits, the Firefighter and XR-20, on the cheap one night.  I was pretty pumped at getting two OOP kits for the price, but when they arrived, the bulk of my enthusiasm disappeared quickly.  The XR-20 had body tubes that felt like they were made out of typing paper and stick on decals that might as well have been.  The needle didn't move on either bird for more than ten years.

I was glad to see that the body tube for this kit was quite a bit sturdier than the other two MRC birds in my fleet.  This length of BT-20 equivalent would not have been distinguishable from an Estes or Semroc tube.  I believe the nose cone is the same as the one on the Custom ATW, another B6-4 Field favorite.

A simple three color paint job, black fins, white body tube and red nose cone, made this a pleasure to paint.  However the decals, which make up the bulk of the finish on this bird, were a mess.  Stickers to begin with, mine had completely lost any semblance of "stick" and had actually detached from the backing paper.  (They were like that when I bought the kit in 2001.)  Luckily I'd scanned them to send to Scott at YORP.  Unluckily I'd scanned them next to the fins and given the wrap decal a bad case of shadows.  At the time I couldn't locate the original decal sheet, so I had to go back and attempt to clean up the copy that I'd posted to YORP.  Perfection was not achieved, but close enough was.

First flight was on a vacation day tailor made for a trip to B6-4 Field.  Full sun, moderate temps, and a complete lack of wind made it a day I would never forgive myself for wasting, so I packed up a box of newly finished or seldom flown birds and spent over an hour padding my flight stats.  The Firefighter flew on an A8-3, normally perfect for the field, but as it turned out, iffy in a minimum diameter rocket.  I needn't have worried, as the day passed without as much as a light breeze.  The A8-3 flight topped out around 300 feet and drifted to the edge of the field in deep center.  On a day with even the slightest of breezes the Firefighter would be an early Christmas ornament in one of the trees, but as it turned out, the streamer recovery was perfect.  Landed facing down, so a light core sample, but the mud blew out easily and if not for running out of time, it was ready to go again.

Flight #2 was another A8-3 at B6-4 Field on a breezier day in early 2021.  As before, the A8-3 was more than enough motor for the field, and this time there even seemed to be an extra oomph.  The flight was high and mostly straight with only light windcocking toward the back of the field.  It honestly could have used a little more windcock as the Firefighter began racing toward US 27 at ejection.  Trees that once lined the edge of the field by the road would have eaten it alive in the old days, but without them the rocket rapidly drifted toward the road and dropped like a stone.  Once across US 27, the choices are grim, an asphalt parking lot or the building, with only the thinnest strips of grass/landscaping as safe zones.  I anticipated a crushed fin at the very least, but somehow the Firefighter found a way to land on one of the thin strips of grass.  It was a lucky side of the coin that I wasn't familiar with.

Pros: Unusual bird to see at the pads.  Unique styling despite being a 3fnc bird.  Looks great finished.

Cons: Sticker decals were AWFUL!  Easily the worst I've ever worked with. 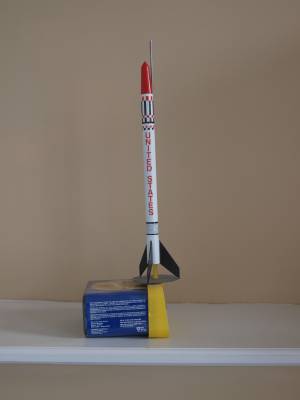 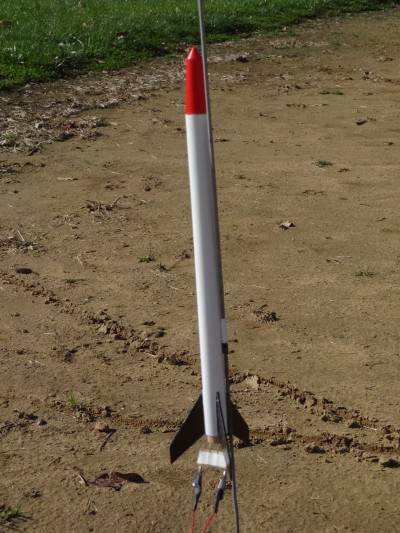 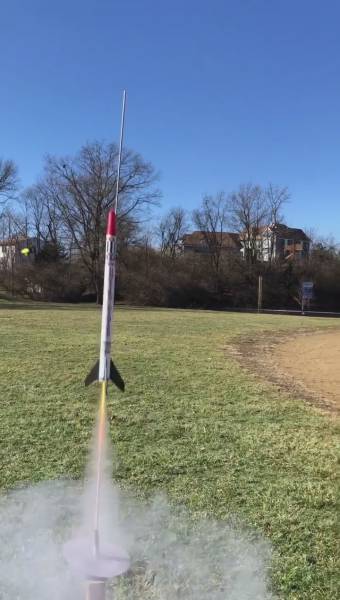 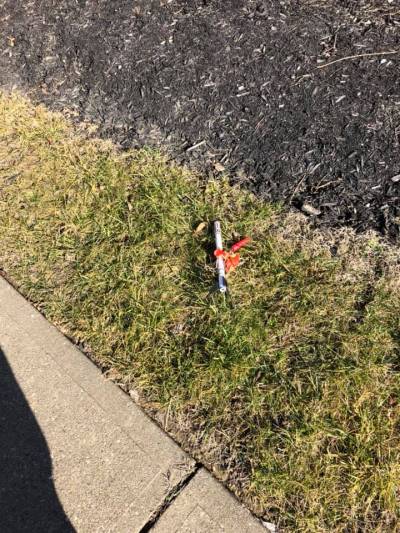 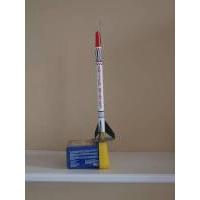 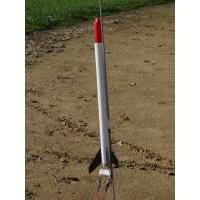 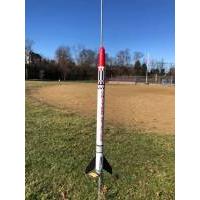 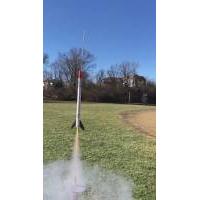 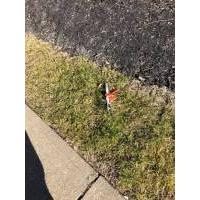