Brief:
This is the re-design of the Holverson Wicked Winnie payload kit, using styrofoam nose cone, boat tail, and fins.

Construction:
The body tubes included are thick paper tubes, one for the main airframe, and one for the payload section. The boat tail, nose cone, fins, and coupler are all made of expanded styrofoam. This kit is mostly assembled out of the box. The payload section and coupler are pre-assembled, with shock cord and parachute already attached. The shock cord is tied to a launch lug which is glued inside the airframe. A plastic parachute is tied to the middle of the shock cord. At the business end, the motor mount is already assembled in the boat tail. The kit utilizes two launch lugs which are also already glued on. 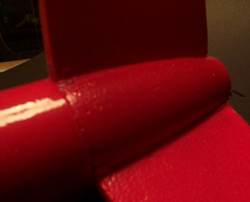 The instructions are easy to follow, and well illustrated. Actual assembly was where I ran into problems. The fins attach to the boat tail using a V shaped groove. They are supposed to slide in and be glued into place. The tabs on the fins were too wide and had to be sanded in order to fit in the groves. After attaching the fins, a paper ring is glued to the top of the boat tail to protect it from ejection burns. The boat tail is then supposed to be glued into the airframe, where again, I had to sand it to get it to fit. After the fin can is assembled and attached, the only thing left to do is apply the decals, which are self stick. When I went to put the payload section into the main airframe, I noticed the coupler was crooked, and had to do quite a bit of sanding to straighten it out. The nose cone had the same problem fitting into the payload section, and was also a little "egg shaped" sitting on top of the rocket. I removed the shroud lines from the pre-assembled parachute, and put paper re-enforcement rings at the attachment points and then re-assembled it for a little added insurance. 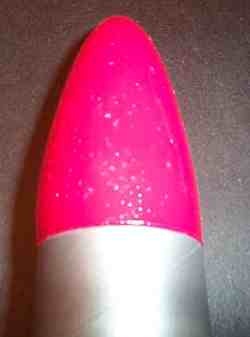 Finishing:
There is no finishing required, as everything is pre-painted. The styrofoam parts show a lot of texture under the paint, and could use some added filling and painting. I didn't do any extra to mine, as it's my daughter's kit, and she was happy with the way it was. The fins are thick, and would look better with an airfoil, or rounded edge, but it would weaken them too much.

Construction Rating: 1 out of 5

Flight:
The recommended engines are: B4-4, B6-4, and C6-5. I only made two flights, both on B6-4's. The rocket is easy to prep for flight: install wadding, pack the chute and shock cord, and install an engine. The engine is retained via a motor clip. First flight: Lift off was fast and straight, the rocket flew straight as an arrow. After recovery, I noticed the lower launch lug was missing. When we got back to the pad, it was still on the launch rod. Second flight, the next day, upon lift off, both launch lugs and one fin were left at the launch pad. The rocket looped to about 40ft, and had ejection on the ground. Evidently, the previous landing had cracked a fin, and I hadn't noticed, but it is easily repaired.

Summary:
I feel with this particular kit, the assembly and finishing should be left up to the modeler. I had a lot of trouble fitting the parts, and they would bond better without being pre painted. The biggest problem I have had has been with the launch lugs. It's hard to get a good bond to a painted surface, and they keep getting stripped off. There are a lot of improvements that can be made to turn this into a quality kit, mainly better cutting of the parts, so they fit properly. Personally, I think styrofoam is useful in rocketry applications, but not for fins, as they receive a lot of stress on landing.