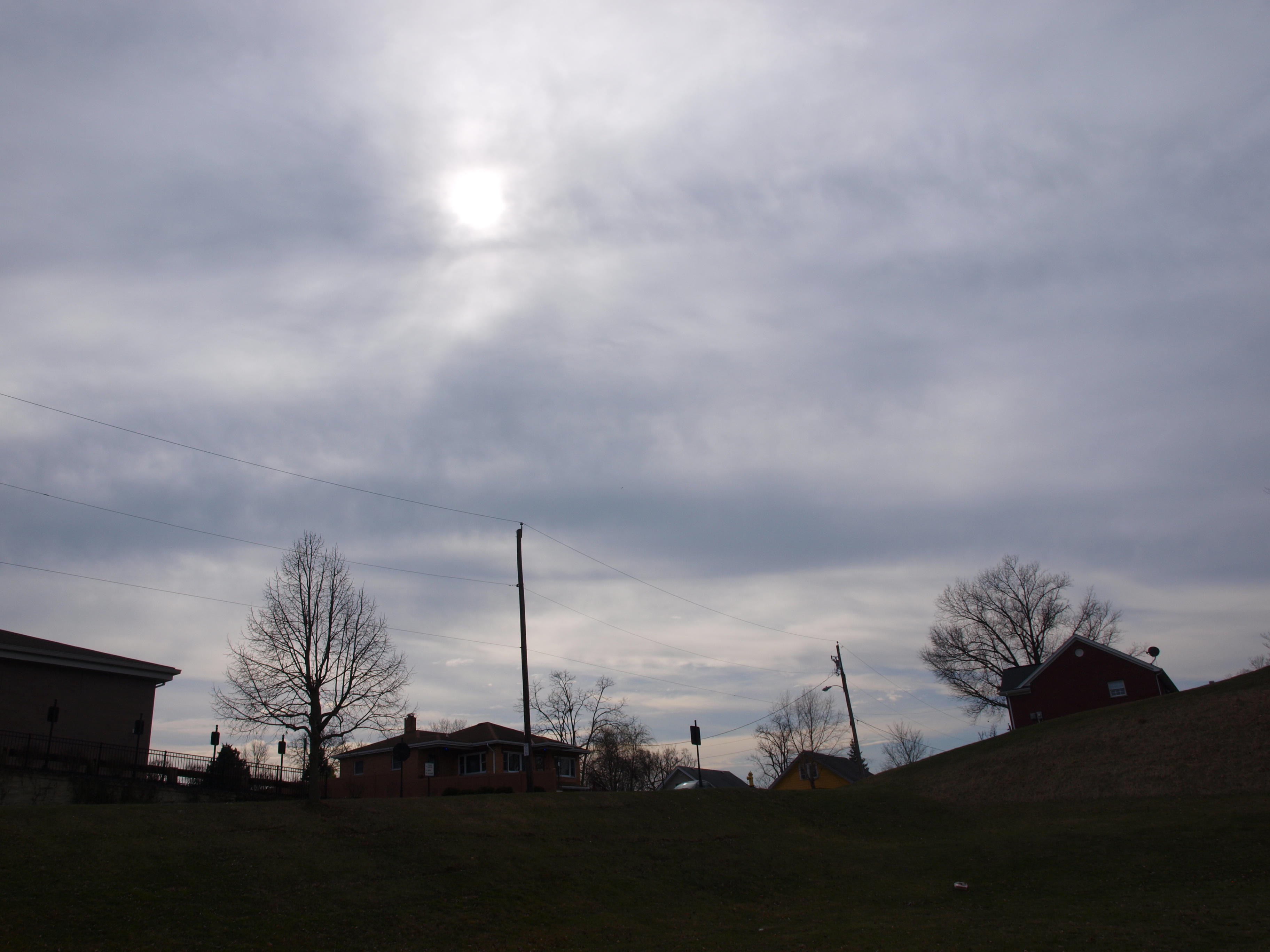 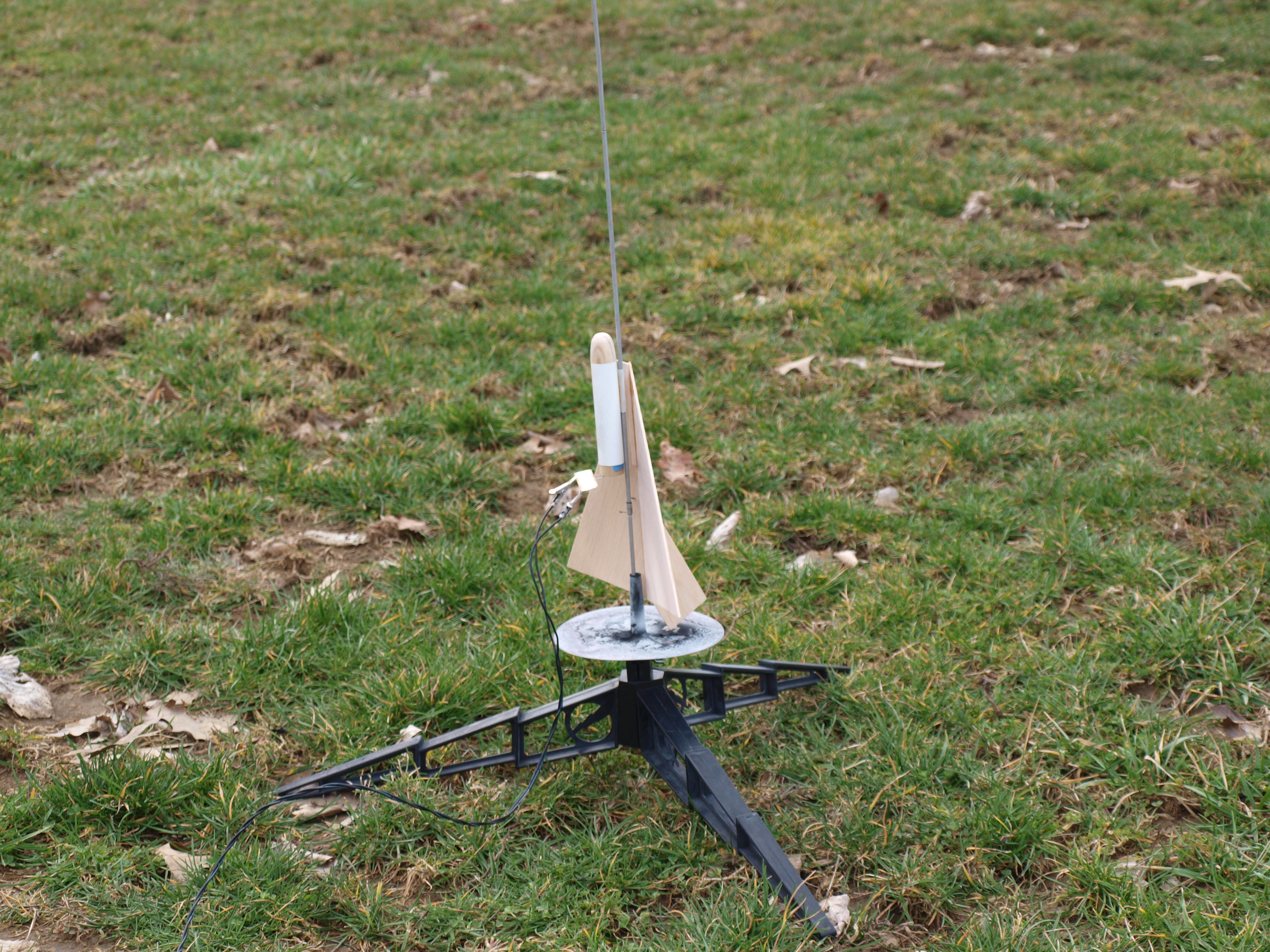 I found the NAR Jet Freak plan several years ago, but my history with gliders made me more than a little hesitant about attempting a build.  But when a boost glide event came up in one of our club contests, I pulled it out and gave it a more serious look.  The event never happened due to rain, so when I got a decent looking day at B6-4 Field, I loaded it up and put it in the flight list.

As glider builds go, this one rivals the old Edmonds CiCi for simplicity, and there's a decent chance that you have the necessary parts laying around the shop.  Two wings and a rudder are cut from 1/16" balsa, while the pylon is cut from 1/8" balsa.  This is where you encounter a potential gotcha in the build as the line showing the grain direction is incorrect, showing the grain going along the long line of the pylon instead of top to bottom as it should be.  I caught this error.  (Well, the first time.)  The two wing halves are glued together with a 1" dihedral, then the rudder is glued to the bottom rear.  The pod is glued to the top front, and the motor tube and nose cone are glued on top of the pod.  Fini.  It's that easy.  Really.

My first attempt at a Jet Freak was left in bare balsa, but subsequent Freaks have been sanded, then painted with a dark color on the bottom and something lighter on the top.  Consider fluorescent.  Trust me on this.  And either go light with the paint or better yet, use markers.  Performance is much improved the closer you are to bare balsa.

As I mentioned earlier, I got a miracle February flight window at B6-4 field on President's Day, 2017, (no school, no soccer,) so I heavily loaded a box of rockets and headed to the field.  (18 flights on the day, so heavily fits.)  Jet Freak #1 was loaded with an A8-3 and would be the 8th flight of the day.  As it turned out, a 1/2A6-2 may have been a better choice for the first flight.  The A8-3 boost was dead straight and much higher than expected.  It appeared to eject as the forward motion stopped, and there was a momentary flutter before it began gliding.  It recovered quickly, then started gliding to the south.  As it crossed Woodfill Avenue, I realized that it looked like it was 100 feet higher than the telephone pole.  It was probably more like 125 feet.  Whatever the case, it showed no sign of descending while I could still see it.  After the rest of the flights were done, I cruised Grant Street and Bonnie Lane looking for anything balsa colored.  Big mistake.  In February in Kentucky, EVERYTHING is balsa colored.

Pros: Simple build, start it the night before and color it that morning.  You'll be flying by afternoon.  This project is largely idiot proof, and I'm just the large idiot to certify this.

Cons: None, but considering that I lost my first one, there are some tips worth passing on.  When a glider is a WOW! performer, the possibility for sailing off toward an unseen horizon is much greater.  A toss from the upper deck will tell you a lot about how this bird will glide, and one must be aware that a circular glide path is what you're looking for.  Subsequent Jet Freaks have had at least a dab of glue on one of the wing tips, and in a couple of cases I've set a small lead weight the size of a pinhead into the glue.  I've yet to see a flight like the first one from subsequent builds, but I also painted those.  Unpainted and colored with markers with some sort of weight on one tip seems to be the way to go. 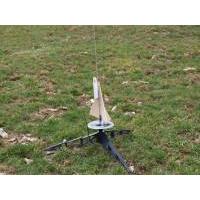 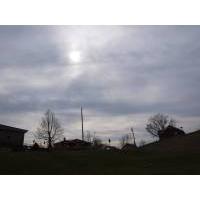