This kit is an approximate 1/72nd scale of the Boeing pre-EELV configuration rocket.

The Delta III rocket was used 3 times only, the first two missions failed and the third placed a dummy satellite in a lower than required orbit. The Delta 3 flew 1998, 1999 and 2000. The rocket project was cancelled in 2000 in favor of the new EELV Delta IV that was being developed for the USAF. The Delta 3 only launched from Cape Canaveral Air Force Station in Florida.

This kit is based on the 6 ground start and 3 air start SRM configuration. It is designed to be able to fly with 6 A10-PT motors and a core C6 motor in the main airframe.  The kit employs clear acrylic fins that are mounted on the aft of the airframe (normal placement) that make them almost invisible during launch and fly out.

This is a kit for the experienced builder. Adhesive wraps are provided as an option to simulate the color (Teal) of the rocket first stage and the small detail and foam color of the 2nd stage.

Please note, this is a sport scale model, some actual details are modified from the real rocket in order to accommodate extra durability for many flights. 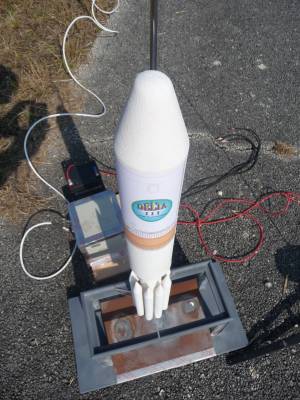 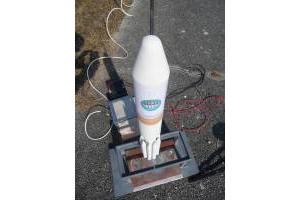 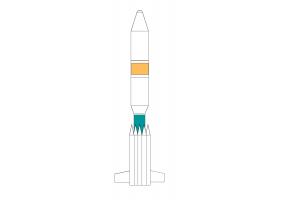