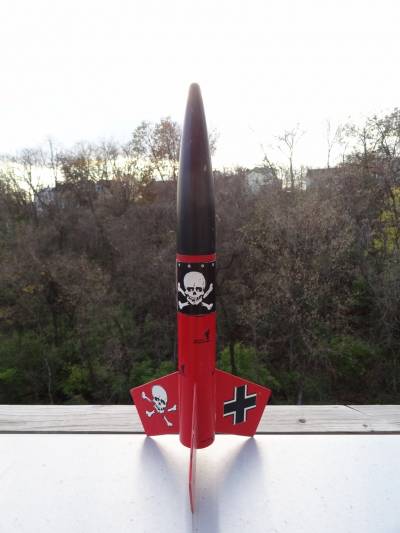 Cloning was the thing that brought me back to rocketry in 2001.  For weeks after the discovery of JimZs plan site, http://www.spacemodeling.org/JimZ/index.htm I pored over old plans, making a list of cloning projects I wanted to tackle ASAP.  The Max was at the top of that list.  Nothing difficult about the project until it came to the decals, but I figured out a way to sidestep the problem of my inkjet printer not doing white, so all was good.

Building Der Red Max couldn't be simpler.  It's a 3fnc bird with oversized fins and very little finesse of any kind was needed during construction.  Fins were attached and filleted and the motor mount constructed and installed using Elmer's Wood glue.  The Max was one of the first birds I used thinned Elmer's Fill & Finish on, and after drying overnight I was able to start with the first of two coats.  Despite the advances in my finishing technique

, I was still using the Estes tri-fold shock cord mount, but I'd long since learned my lesson as to using too little shock cord. 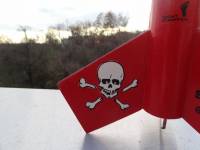 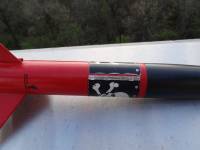 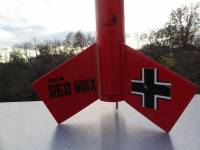 This is one of those kits whose inspired simplicity makes it a joy to paint.  Red body.  Black nose cone.  You're pretty much down to picking paint shades.  I went the Fill & Finish route on this and was pleased with the results that two rounds of filling and sanding made before priming.  Primer was Valspar white, body was Valspar Cherry Red gloss, and nose cone was Valspar gloss black.  In other words, I didn't sweat the paint shades.  I built this kit in late 2001, right around the time that I discovered Bel Decal paper on Ebay.  I knew that my inkjet printer couldn't handle the crucial white sections behind the iron crosses and skulls, but I had stumbled upon something that I thought might offer a solution.  While following my wife around Wal-Mart one night, I found a pack of vinyl shelf paper with a self adhesive backing.  The paper was 8 1/2 x 11, and while it wouldn't allow the inkjet to print on it, it would allow me to custom cut a white backing for every individual decal.  I printed off the decal in black on the Bel paper, then printed off the decal on a separate piece of plain paper.  I lined up the paper with the shelf paper, taped the edges together to keep the papers together, then cut each decal just inside the actual design.  I then peeled off the backing paper (the toughest part of the project,) and placed the white blank in the appropriate spot on the painted rocket body.  The decals were then applied over the white blanks, and depending on the accuracy of my cuts, one would have been tough pressed to tell that they were not a regular set of Der Red Max decals.  Some details were too small to go through the whole shelf paper process, which gave away my secret to the occasional sharp eye, but on the whole the results were great.  Over the years the decals have shrunk somewhat due to age, but ten plus years down the line the overall result still holds together. 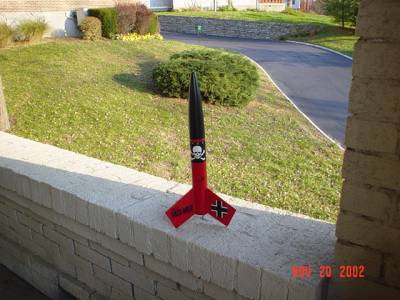 I've often found that the first flight for a given rocket can give you a good idea what kind of flight career it's going to have.  The first flight of my Red Max clone was on a C6-5 at VOA Park with the QUARKers.  After a great flight from the big lawn the Max found a "large puddle/small pond" to cushion the landing.  My nephew rescued it before any real damage could occur, but the engine casing soaked up enough water that it swelled and would need to be removed with a multi-tool.  It ended the day, but not the career for my clone.  Subsequent flights were made with engines ranging from a B6-4 to a C5-3, depending on the size of the field.  The C5-3 ejections were a bit abrupt, but never bad enough to cause recovery problems. 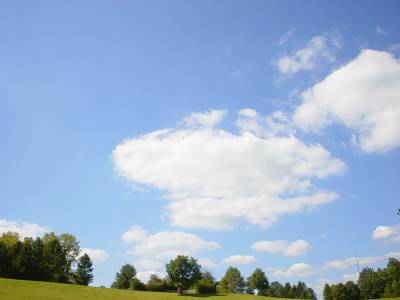 Pros: Perhaps the most iconic 3FNC bird in the history of Estes, everyone loves to see it show up on the flightline.  Stable flights.  Plenty of room for your recovery system.

Cons: At the time it was difficult to properly do the white on the decals unless you had an Alps printer.  Now there are several decal sources, including Estes, who include a set in each new Der Red Max that they sell.  Long may it wave. 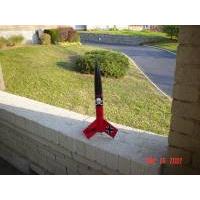 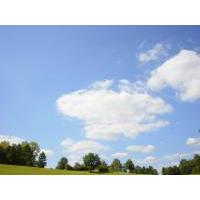 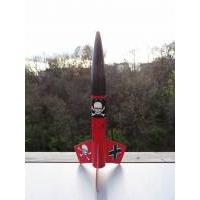 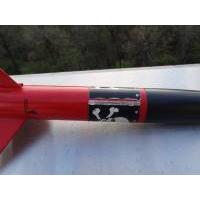 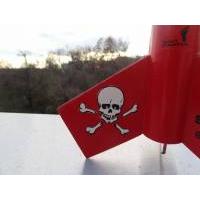 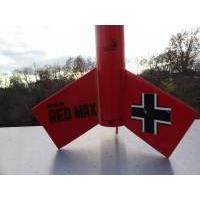