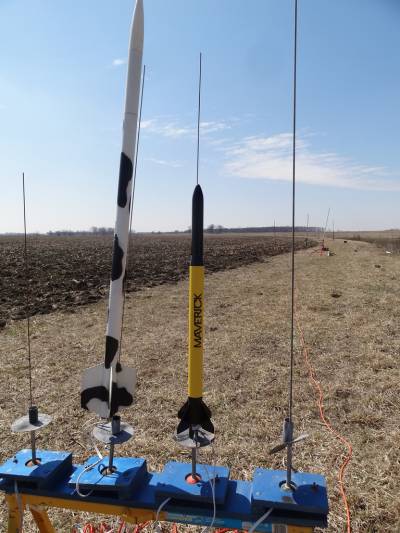 The Maverick was one of the more plain-jane rockets in the FSI universe, lacking the tube-finned cool of the Vikings or the outright bulk of the Hercules.  While not quite a minimum diameter rocket, it was still meant to carry payloads to extreme altitudes, so when I decided to clone it, I decided to make it E9 or E12 capable, just to get a fraction of a feel for what it must have been like when the long burning, kick like a mule FSI motors were still available.

This is one of the simpler FSI birds, just a 4FNC rocket with a payload section.  All of my parts were Semroc, so the fit and finish was as good as you'd expect.  I installed an E-capable 24mm motor mount because I had no plans to fly this on anything other than a big field.  A three foot length of Kevlar was tied behind the forward centering ring, led out through a slit in the ring, and glued heavily in place with Elmer's white glue.  All in all, my shock cord is six feet long, which should theoretically should have guaranteed me no "FSI dents" in the top of the body tube from nose cone rebound.  However, me and theoretically rarely see eye to eye.  Instructions were pretty basic, and I didn't bother with them anyway, so I have no real way to judge.  This is a bird you can build in your sleep.

This was one of the rockets I hadn't finished yet when my brother in law remarked that my rockets "sure have a lot of white" as he looked over the birds in my back seat at a recent launch.  He was right, but I'm a rocket geek, not a decorator, I reasoned.  At any rate, I decided to see what kind of color scheme I could come up with for the Maverick that didn't have any white in it.  I'm not the adventurous type, so I stuck with another of my favorite pairings, yellow and black.  Tube spirals and balsa grain were negated with the traditional thinned Elmer's Fill & Finish, primer and sandpaper.  I used Valspar gloss black for the fin can, transition, payload section and nose cone, and the remains of an old can of Valspar Bumblebee Gloss (that I'd last used on an Estes Scamp clone back in 2004,) for the main body tube.  I found an old Ford Maverick script online, scaled it up slightly, and printed it out in black on inkjet decal paper.  It's not perfect, but it beats the blank I'd previously drawn.

The first flight of the Maverick was made with it still in what I like to call cornshock camo, that combination of primer, Fill & Finish, and bare body tube that would virtually guarantee the rocket would disappear without a bright parachute.  I used an Estes E9-6 for the first flight, figuring that while the rocket wasn't minimum diameter, it was close.  Well, not close enough.  It was a windy day, and I really meant to reef the chute.  Really, I did.  Forgot.  The Maverick ripped off the pad nicely, arcing into the wind somewhat, but nowhere near enough to compensate for the full 18" Estes chute and 10-15 mph winds.  It arced over and the chute fired a long second later, and it immediately began racing back across the flight line toward the road.  I watched it fade rapidly from view, marked the spot as best I could, and started my walk.  Huge expanses of cornfield lay between me and the road, and with several people out retrieving rockets, I held out hope that someone might pick the Maverick up and bring it in.  No such luck.  I had seen nothing when I reached Ohio 41, walked up and down both sides of the road for 1/4 mile and still saw nothing.  By this time I was in a foul mood and had written the rocket off.  I turned back to walk toward the flight line and saw the Estes chute inflate in a particularly brutal gust of wind.  If not for that I would have had no chance of finding it.  It blended in REALLY well.  Post flight showed some scrape damage to the fins, likely from being dragged across the plowed earth, and the dreaded FSI dent at the top of the main body tube.

The second flight came after the deluxe paint treatment and was made in almost identical conditions to the first flight.  This time I used an E9-4 and a 12" nylon chute and was rewarded with the same kind of flight other than ejection happening right at apogee.  Once again there was far less windcocking than I expected and I was rewarded with another trip into the corn.  This time I was able to walk right up to it.  Another flier was scouring the creek bank for his missing bird, which he said was chartreuser, so I helped him until he gave up.  On the way back in I noticed a flash of chartreuse, a color that I previously called bright yellow, but which has no business in a cornfield.  It was his missing rocket, 100' back toward the flightline  from the creek.  All's well that ends well. 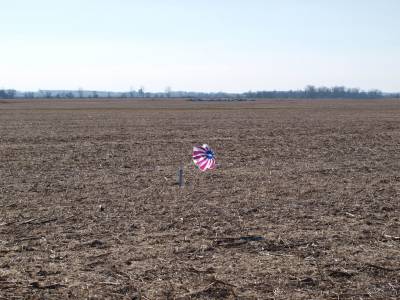 Pros: High, stable flight.  Plenty of room for your favorite parachute.  Almost guaranteed to be the only FSI Maverick on the flight line on a given day.

Cons: Not much to go by in the area of paint and decals.  I was never a Ford man, but I was less of a Tom Cruise fan. 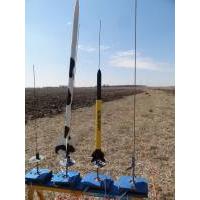 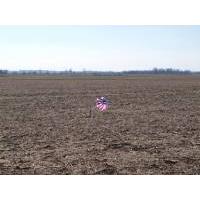 Thanks, Steve.  You know you're onto something when you're pilfering the font of a legend like the Ford Maverick. :-D