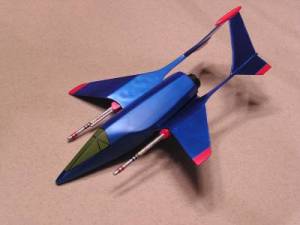 This is my second submission for the EMRR Spaceship Design Competition. The rocket is designed to use an 24mm engine, rear engine ejection and 18” parachute recovery.  The name Blue Hawk was chosen by my family a dinner one night – kids said it looks like a hawk and well the blue is pretty obvious. 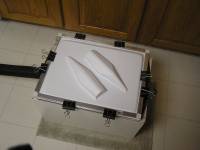 The main body is .060” polystyrene which was vacuum formed using a vacuum former I built for the very first Spaceship Design contest (here is a link on the vacuum former: http://www.rocketreviews.com/featured/tip_featured31.shtml).  This rocket has a nice defined seam going around the center of the rocket which allowed for nice easy masters – I used Balsa and sanded them into the shapes needed to form the polystyrene (See pictures).  I then cut out and trimmed the formed sections.  I applied 5 min. epoxy to lower section, the seam line allowed me to simply overlap the 2 halves and glue them in place.  Once these are dry add 2 oz of nose weight and glue a loop of Kevlar that will be attached to shock cord then mount the launch lug on the underside. 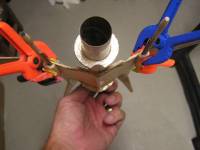 ext I used Legos to form a holder to support the orientation of the wings.  I epoxied the main sections together and then to the main body tube.  Next I mounted the outer wing centers.  I filleted each of the seams to ensure each was well glued and secure.  Next I moved to the rear and mounted the four rear section so the tail.  Lastly, I attached the top of the two tails sections with the dowel section (the center dowel section was made from a 3/8” diameter dowel and sanded to a point in the front and back).

In order to reinforce the entire balsa section I used 3/4oz fiberglass on the inside surface and the outside surface.

Finally, I glued the centering ring and the rear bulkhead (Template E).

Now the main wing section is complete and the body is complete I needed to cut the body to slide of the wing section.  I used the seam as the main centerline cutting small cuts on both sides of the centerline and fit it over the wings until I was satisfied (well partially satisfied).  The ends flared out more than I liked but still looks OK.

I cut out and sanded the main section from a ½” Balsa material.  Then cut the 3/16” dowel to 2.75”, then cut the 1/8” dowel to 1.75”.  I glued the dowel sections together.  The tip is made from ¼” dowel sanded on the front and back to give it the tip configuration.  Next I glued this tip to the main body and glue this assembly to the main section that gets mounted to the wings.

This rocket has lot’s of wood.  Sanded and filling took seemed to take forever.  The deadline was approaching and although I wanted to do more filling I had to get thing painted.  I painted the main wing section without the laser cannons mounted and attached them later.  The body, main wing section and laser cannons were painted with Testors Model Masters White Primer.

Based on previous experience I knew I was going to have to build a couple of these before it was all complete.  The first prototype took a beating.  Before the first flight I tried spinning the rocket with surprising results without any nose weight it seemed to be stable.  The first flight on a D12-3 was not quite what the spin tested suggested.  Wild to say the least, under boost the rocket went about 20 feet in the air and started back toward the ground bouncing about 30 feet and flying horizontal.  The main wing section broke in about 5 pieces.  The second flight after adding an ounce of nose weight and trying a C11-5 was a little better.  The rocket went about 50 feet in the air and flew about 100 ft horizontally.  It seems to act more like a jet than a rocket. The next flight was after adding another ounce of nose weight and more the launch lug to the outer portion of the body.  This flight was much better, but still almost as far horizontally as it vertically. I felt like it was time to build and fly the finally version. 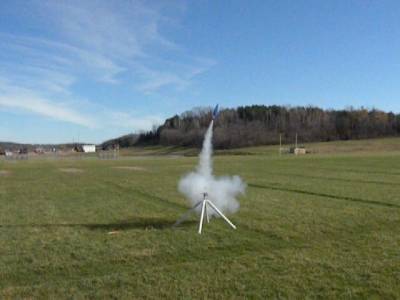 The first flight with the painted version was on a D12-0 overall a little wild and with no ejection delay the parachute opened when the rocket was still moving very fast and broke 4 parachute lines and as luck seems to always occur the rocket landed in the middle of the parking lot.  Next flight was on a D12-3 and was the best flight even with a few loops.  Check out the video.

I love this rocket, it looks great and every flight is another adventure.  I am going to continue to work to improve it flight performance – keep a lookout on the flight logs for future improvements. 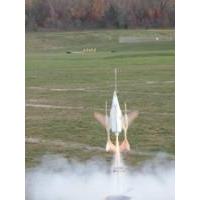 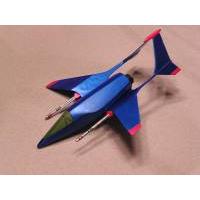 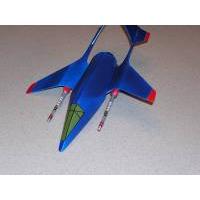 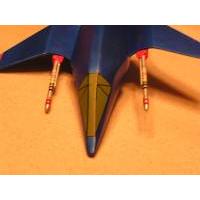 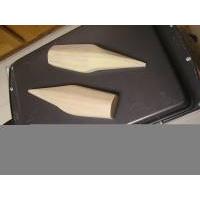 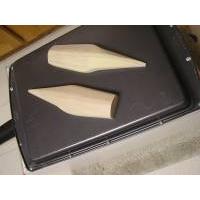 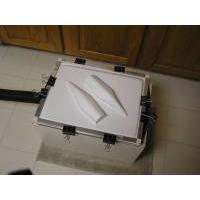 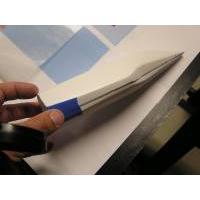 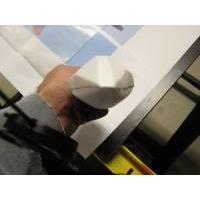 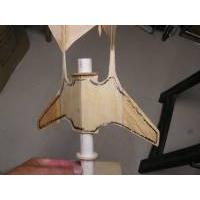 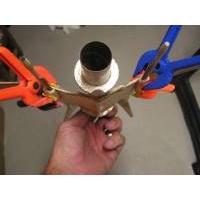 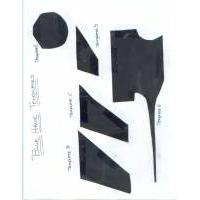 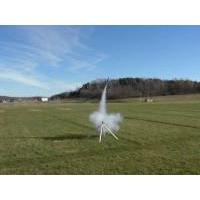 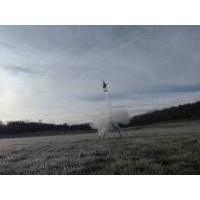