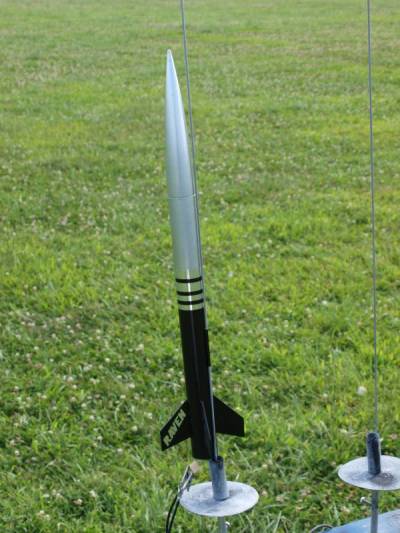 This is a story of reclamation.  At some point in the past decade I became enamored with the Estes National Aerospace Plane and decided that I needed to clone one.  To that end I began scouring Ebay for one of the kits that shared the unique nose cone with the NASP, namely the Estes Sentinel, Magnum, Firehawk, and the Raven.  I won a Firehawk kit, but liked it so much that I went ahead and built it.  Then I won the Raven, a more traditional 4fnc bird that I figured would not tempt me the way the more exotic Firehawk had.  The Ebay ad stated that it was "started, but complete and in good condition", which turned out to be almost complete bull.  When it finally arrived it was indeed complete, but in nothing approaching good condition.  It was actually two kits, one an unidentified BT-55 kit that had had the fins badly attached, the other the BT-60 Raven.  The BT-55 rocket had been shoved into the BT-60 tube hard enough that the fins cut into the cardboard of the BT-60 tube.  Both appeared to have been stepped on, as was the nose cone.  At first the whole thing looked to be a total loss, but I was able to rebuild the nose cone with clever application of CA and a lot of luck.  Since the cone was the thing about the kit that I was most interested in, and since the price had been dirt cheap + postage, I bit back on my ire and started the NASP build with the rebuilt cone.  Everything else went into the trash except for the engine hook, fin stock, instructions, and decal.  I filed everything away for future reference and forgot about it until the future came calling in 2015 when I ran across them while cleaning my shop.  Part of the clean-up plan was to tie up any unfinished projects, which the Raven qualified as once I replaced the body tube and engine mount.  I just happened to have the parts laying around.

Even I couldn't "gotcha" this build.  The Raven is the soul of a 4fnc kit, impossible to screw up unless you manage to get the fins out of alignment, which I didn't.  I did beef up the recovery system with the almost standard Kevlar line, but other than that it was your basic skill level 1 build.

The Raven was just short of a joy to finish.  It's a simple two-color scheme, black and silver, and since silver paint always shows up better when it's sprayed over gloss black, the entire rocket was sprayed with gloss black first.  After filling and sanding, the bottom of the rocket was masked off and the upper section and nose cone were sprayed silver courtesy of a circa 1981 paint of K-Mart chrome wheel paint that my brother had used on the station wagon we shared.  Decals were stickers, but the kind that actually stick and hold, one a wrap, the other a small name sticker. 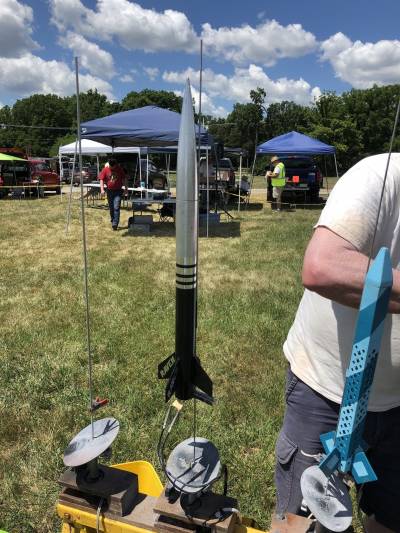 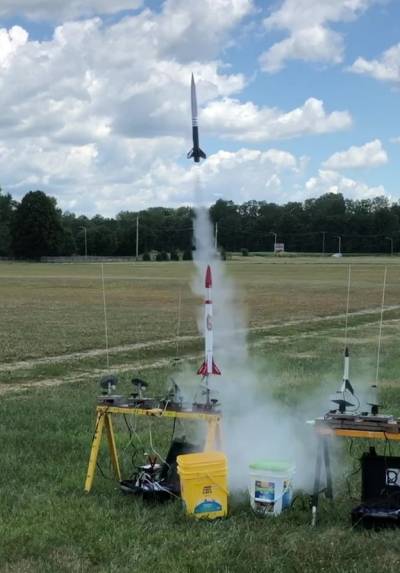 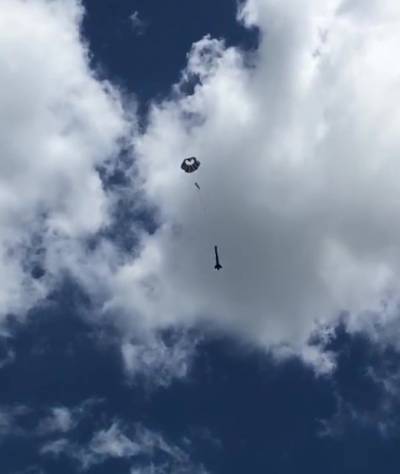 First flight for the Raven came at a Wright Stuff Rocketeers launch in Dayton, OH, in August of 2015.  Powered by a C6-5, it was chased off the pad by Crazy Daisy to an altitude of 500'.  Since the air was dead calm that day, the flight was straight and it recovered within 100' of the pad.

Flight #2 came Five years later at another WSR launch.  Daisy had passed on by this time, and it showed in the performance of the Raven.  Actually, the performance of the Raven was stunted by my lack of attention to detail.  I accidentally grabbed a B6-2 that had been meant for a Mach 10 flight instead of the C6-5 that I'd been planning to use.  "Struggled" would be the way I described the performance of the Raven that day.  Announced as a C6-5 flight, the Raven left the pad leaning to the left in the breeze.  Everyone watched in confusion as it clawed its way to the 200' mark, then coasted a bit more before tipping over and starting down before popping the chute.  It recovered to the right of the pads, just beyond the mid power pads.  Post mortem showed that I needed to pay more attention to engine selection.  As a result, the Mach 10 did not fly that day.

Pros: Great small field bird on a B6-4.  Ease of construction and finishing. 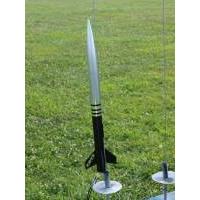 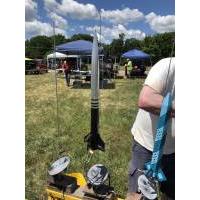 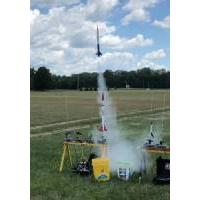 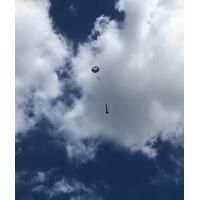