I entered the box of parts competition because it looked like fun, I had mentioned it to a few of my friends in my rocket club, and before I knew five of them entered it as well. So off went a large box with the parts for 6 entrants, and a few weeks later another box returned -it was like Christmas going through the box. Next was the task of splitting op the box between the 6 entrants. At the end 6 "equal" bags were formed and randomly given out. I was quite pleased with my bag, others had complete rockets in the, one had a parasitic glider, another had helicopter rotor blades. So what did I have? 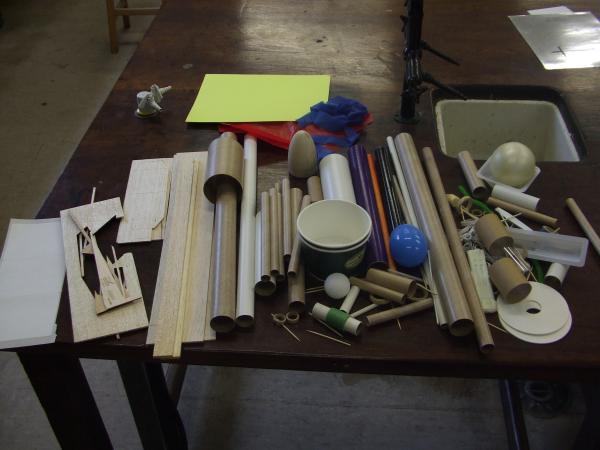 I'm not going to list it all but here is a flavour:

Well what to do.

Gliders were out, helicopter was a possibility, cluster, two stage. After spending several weeks dry fitting parts and changing my mind I decided on a rocket in my head. The criteria for my rocket was

The main body tube chose itself - it fitted the nose cone I wanted to use. The motor choice was going to be 24mm as I was heading for a draggy model, so I would need a motor capable of lifting it. There was going to be at least 4 external motor pods - opted for 13mm.

The entire of the coupler base unit had three coats of sanding sealer added, with all the fiddly bits, the sanding down was quite tricky.

The main body tube fitted neatly into the large coupler base. 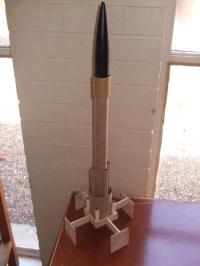 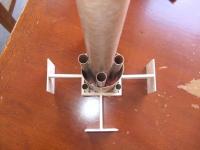 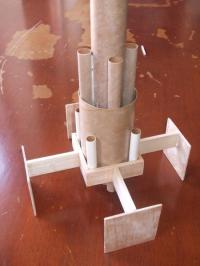 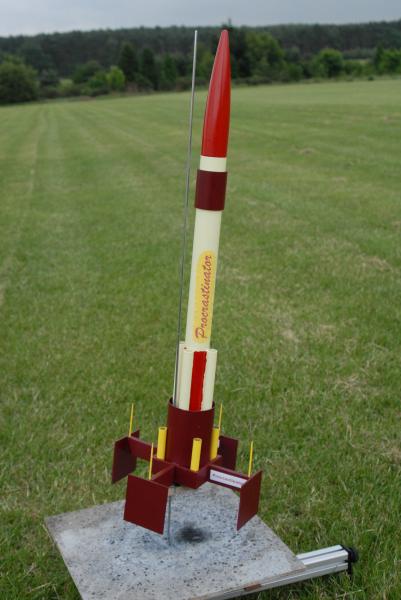 The box of parts had no sticks or decals in it, other than three address labels.

Given various pleas on TRF about the lack or entrants with only a few weeks to go I came up with the name of the rocket to be PROCRASTINATOR. Partly because I knew it would be towards the end of the month before I submitted and also because I new that this would be a draggy, slowish rocket.

First flight took place with another box of parts entrant. It was a still day, and was slightly raining - which ruined the stickers as I had not varnished the rocket yet. Motor choice was a D12-3. It could have been a D12-5, as I reckon that it would be about a four second delay for apogee.

The take off was good, the rocket started to rotate after about 50 foot, and the rotation got faster and faster as the D12 burnt. Ejection took place after apogee as expected. The recovery was scarily fast, as expected. This rocket needs a 24 inch 'chute. It hade a 14 inch chute! On handing the rear protruding fins all popped off.

Again I had expected that to happen.

Second flight took place a week later with three of the other UK contestants. The flight was on a D12 again. It was a straight flight with a slight oscillation until the spinning kicked in. As soon as the spinning kicked in, the flight was arrow straight which was really pleasing to see. Ejection was just past and again fins popped off on landing.

Third flight was time for the procrastinator to be clustered. Four A10 -PT were added, in addition to the D12-3. The procrastinator jumped off the pad. The flight was much higher and the extra speed really did make the rocket spin. Again the recovery was fast and again the fins popped off.

After the competition is finished I'm going to have two 24 inch chute on this rocket. 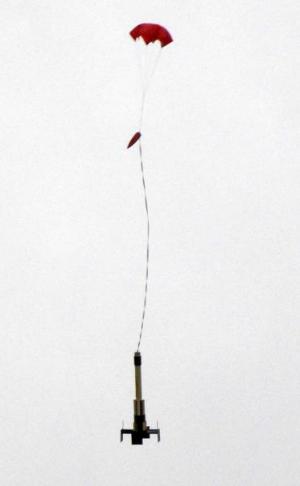 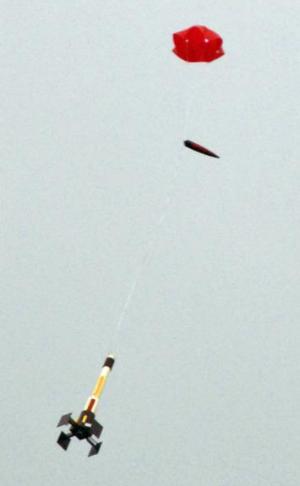 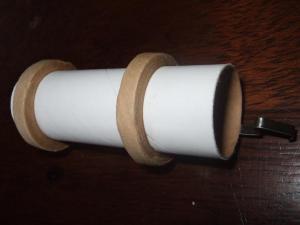 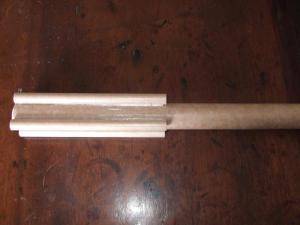 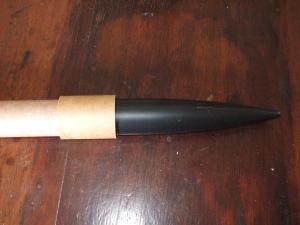 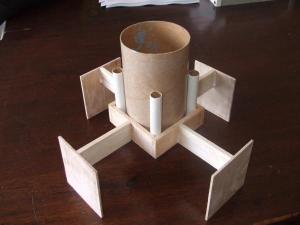 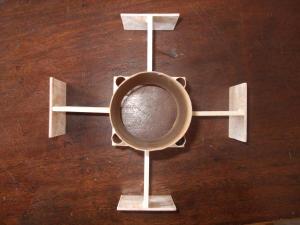 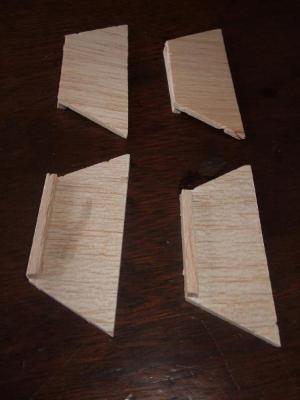 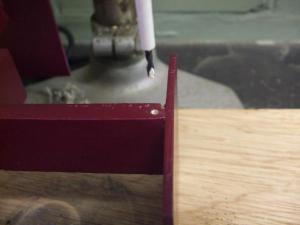