Introduction
I was riding my bike down the street thinking of what to build for Descon 7.
Aha! In front of my lay two small Absolut Vodka bottles. I picked them up and started planning right away... 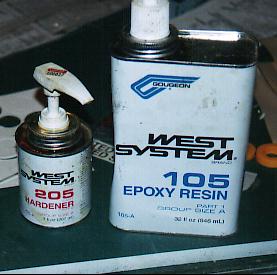 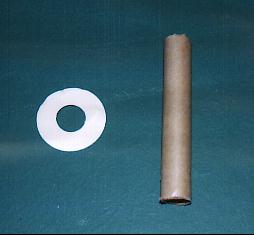 I started by first attempting to make the hole for the centering ring at the bottom of the bottle. It’s a good idea to have a backup bottle in case one shatters during this process. I first tried to heat up the bottom and melt it away with a soldering iron. No luck. Next I tried to drill away the area. I spent quite awhile slowly grinding away the glass. All I ended up with was a nice little dent. I figured that the area had been weakened enough that I could just shatter it. I placed a nail into the indentation and hammered several times until it shattered. I ended up with an almost perfect hole which I then sanded smooth.

Next up came the fins. I had decided to try something new. I cut out about 1 square foot of 6 oz. glass and used it to fiberglass a sheet of newspaper on one side. I used West Systems 105 Resin and 205 Hardener.

A close up of the fiberglassed newspaper once dry


Once complete, 24 hrs later, I traced the fin pattern 4 times on the top and 4 times on the bottom, so the fins would sandwich together properly with the fiberglass on the outside. Once all eight fins were cut out they were then paired up and epoxied together. While these were drying I found the parts for the motor mount. I cut a 3” piece of 13mm tubing to act as the motor mount. If placed in as far as it will go, it is centered by the neck of the bottle so only 1 centering ring was needed. I was digging through some old Estes stuff and found a paper centering ring that fit into the 1.5” hole perfectly and had a 13mm hole for the motor tube. If you don’t have one of these lying around one could easily be made out of lightweight cardboard. 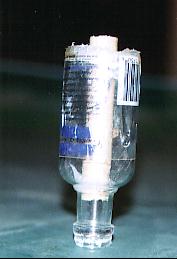 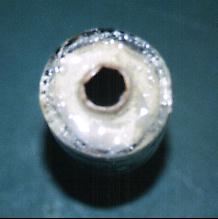 After that, the fins were sanded and tacked on the roughed up airframe using epoxy. Once dry the fillets were added and the area was filled using Bondo Glazing and Spot Filler. This was left to dry and then given a final sanding. 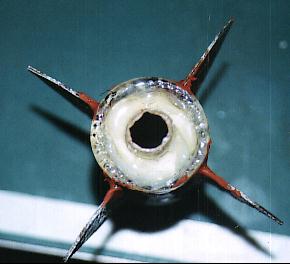 The fins drying after being filled.


Considerable thought was put into the next step, recovery. This is a rather heavy rocket, made of glass, and lacking a large recovery bay. I was worried that if the recovery system didn't slow the rocket down enough, then it would shatter on impact. When I first drilled the hole into the bottom of the bottle I got a perfect hole, but decided to cut another into the spare bottle to see how accurate my technique was. I wasn't as lucky this time and the bottle shattered. However, all the glass stayed together due to the sticker around the bottle. This way the rocket isn't as much of a hazard since you don't have to worry about flying glass. Now that I knew this, what could I use to slow the rocket enough, so that it wouldn't crack at all? I contemplated adding another 4" of BT-5 tubing and extending the "neck" of the bottle, but decided against it because I wanted to keep the true bottle shape. I ended up taking a 8" piece of elastic and epoxying one end onto the inside of the neck. Then the other end was epoxied into the cap. A 12" streamer was then tied to the elastic. If rolled tightly the streamer will fit perfectly into the recovery area. This recovery system is mainly to slow the rocket a little and prevent it from serious damage. Upon landing I'm expecting that the large fins will absorb the impact and protect the glass airframe. The most likely damage would then just be a separated fin rather than a shattered airframe. Finally I attached a 1/8" launch lug.


I was busy for the next week and didn't get to fly Absolut Rocket until Wenesda y Nov. 29. I picked up some A10-3Ts at Walmart and prepped Absolut Rocket right when I got back home. I rolled the streamer as tight as possible and slid it easily throught the neck of the bottle and into the top of the motor tube. The cap was placed on and I then inserted some wadding through the aft end of the motor tube and slid the motor into place. The ignitor was secured and Absolut Rocket was ready for launch.

Prepped and ready for launch


I prepared a make-shift launch platform in my backyard and slid AR onto the rod. I knew the heavy rocket wouldn't gain much altitude so the backyard launch was safe. I hooked up the leads and headed to the controller to prepare for countdown.


The A10 came upto pressure instantly and boosted AR off the pad to an altitude of about 30ft. The 3 second delay was a bit long because the chute didn't open unt il the rocket was halfway from the ground. The rocket landed gently in a pile of leaves for a great low altitude flight without damage. 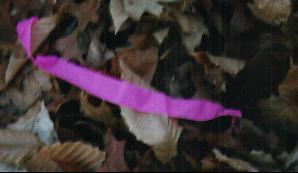 A soft landing in a leaf pile


I decided to fly AR again on the same motor to see just how tough it was. Again the A10 shot the rocket off the pad in a small arch to about 25ft. The streamer deployed but didn't completely unravel. However, there was again no damage. 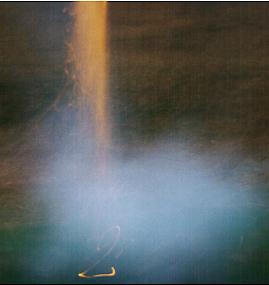 Liftoff! (I just missed the rocket)


If you plan to build this rocket there is one change I'd recommend. First, add noseweight. I haven't figured out where to put it yet since the airframe is so short, but it would be a good idea if you can figure out a method. Mine seemed to be stable, but any change in weight could alter it's flight path. Overall, This is a unique little backyard flyer and could fly to higher altitudes on some of Apogee's 13 mm motors.