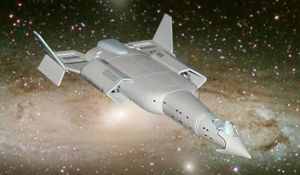 Brief:
What do you get when you combine an Aveeno lotion bottle and an Estes Interceptor rocket kit? Well, you get me entry for t' "Design this Spaceship" contest. Well, blow me down! Ahoy! T' name I am givin' me design is "Interceptor L" with the "L" bein' for lotion. 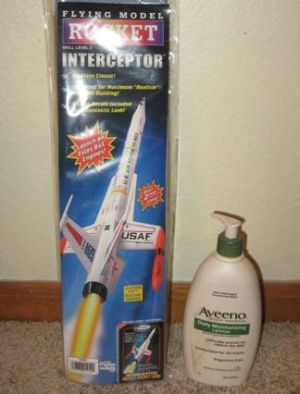 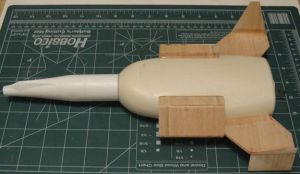 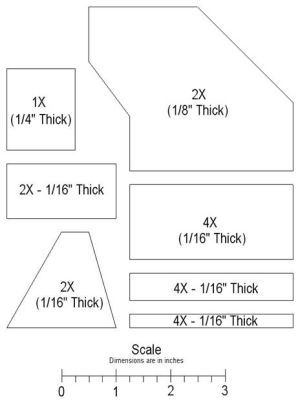 Now, me hearties, arrr, on t' t' fins! This be t' most challengin' part o' t' project. Avast, me proud beauty! Begad! I created t' fins usin' 1/16" and 1/8" balsa. I have provided a template of my design which shows how many o' each part and t' correspondin' thickness. Begad! Since t' plastic bottle doesn't lend itself very well t' stickin' t' glue I decided t' have t' fins go through t' wall t' t' body tube. Ahoy! I made slots in the sides o' t' lotion bottle and t' alignment o' these slots was made easy due t' t' mold seams that were already in t' lotion bottle. Avast, me proud beauty! Begad! I used t' ¼" thick balsa pattern for t' aft body feature. Arrr! Ya scallywag! This needed t' be sanded down and formed t' resemble t' photo. Blimey! I attached t' fins as well as t' body feature usin' 5-minute epoxy.

T' assembly o' t' fins was pretty much straightforward but required a bunch o' gluin' t' make sure that the fins were properly secured t' t' lotion bottle and t' themselves.

Finishing:
T' entire rocket was first primed usin' Rustoleum "Painter's Touch" gray primer (1980830). Avast, me proud beauty! Blimey! It was then sanded with 400 grit sandpaper and then painted in Rustoleum "Painter's Touch" Winter Gray (1982830). After the paint was completely dry, I applied various decals from t' Estes Interceptor kit t' give it a military fighter look.

T' first flight be on a C6-3. Ya scallywag! This be a great motor for this kit. Begad! T' rocket did a little bit o' twirl but then straightened out and flew great. Begad! T' parachute deployed a little after apogee and t' Interceptor 18" parachute proved t' be a good size. Begad! T' next motor will be either a B4-2 or B6-2. I did nay capture t' rocket taking off since t' motor took longer than expected t' come t' life. 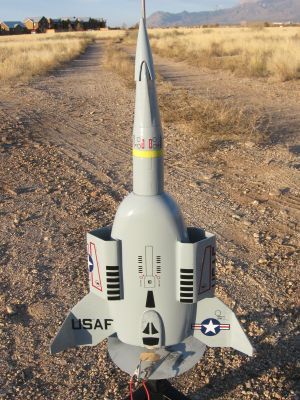 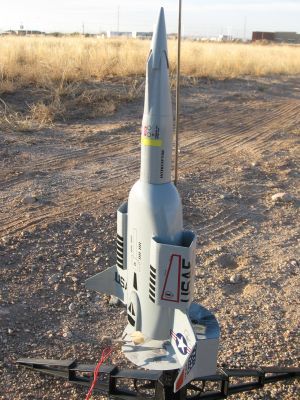 T' second flight be on a B4-2. Arrr! Begad! T' rocket flew great but as expected didn't go very high. This rocket is made for t' larger C motors.

T' third flight was once again on a C6-3 and once again performed great. 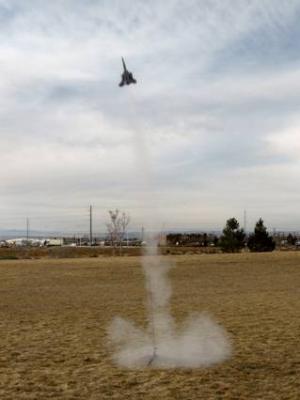 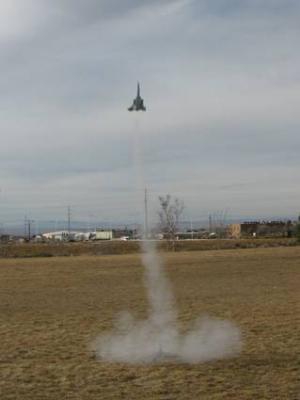 Recovery:
Recovery is by an Estes 18" parachute and used t' elastic strap and paper template that came with t' Estes Interceptor kit.

Summary:
This be a fun rocket t' build and fly. Aye aye! An experienced builder can complete this project over a couple o' weekends. Arrr!