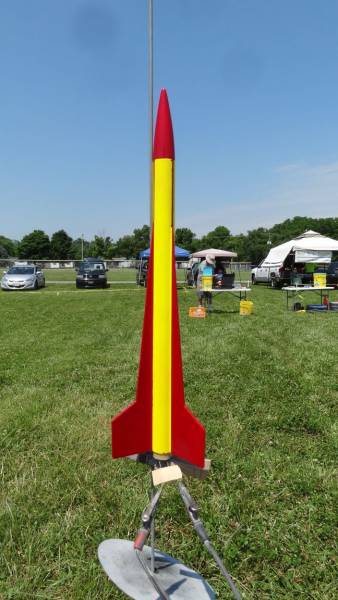 The inspiration for this project was born out of desperation and boredom.  Nothing at any of the plan sites seemed to interest me and one night at work I started looking through all the catalogs at Ninfinger and YORP.  I realized that there were a lot of different builds from a lot of different companies that most had never heard of, not to mention seen at the pads.  Bo-Mar was one of these companies.  Very little information exists of the company, which I always find intriguing.  The catalog at Ninfinger was my source for the dimensions for the project.  http://www.ninfinger.org/rockets/catalogs/bomar69/69bomarcat.html

Only the slightest of detective work was necessary in figuring out the dimensions for the Spartan.  Bo-Mar had two available tube lengths, 9" and 18".  Their tubing matched up well with the Centuri ST-7 tubing available from eRockets/Semroc.  The BC-733 was 1/2" too long, but this was attenuated by the fact that it needed to be rounded slightly to match the Bo-Mar cone.  The fin pattern was based on a blown up copy of the back page of the catalog, which showed one of the Spartan fins in profile.  I blew it up on my work copier until I could stand it alongside a body tube and get the approximate look I was after.  The 1/16" basswood fins were two part, so they were glued together and placed between wax paper under a book to keep them flat during the drying process.  The engine block was glued in place after the Kevlar cord was tied around it.  I used the tube marking guide from the Semroc Sky Hook and eyeballed them for straightness.  Elmers Wood Glue was used in all stages of construction.

Finishing a rocket with no particular paint scheme is always a struggle for me, and this one was no exception.  What it basically came down to was a) what colors I hadn't paired up in a while, and b) visibility.  The visibility was handled by a bright yellow base, while the fins and nose cone got a dark red that I had on hand.  I tried to make a decal using the Bo-Mar logo in the catalog, but I never wound up with anything I considered close enough to actually show publicly. 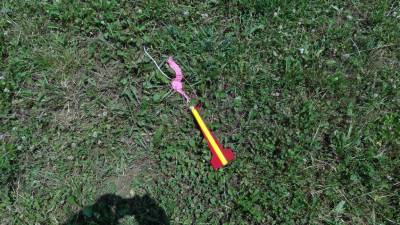 To date I've made two flights with the Spartan, both on A8-3 motors despite being on fields that could have withstood more.  First flight was in primer, and interesting because of the way the rocket twirled momentarily around the launch rod before heading upward.  Altitude was respectable for a minimum diameter A flight, about 250'.  Recovery was by streamer and wound up in the cornfield.

Flight #2 was in what turned out to be full livery.  We were having issues with the pad that day and the Spartan sat on the pad for seven cycles over two launches before it ignited.  Flight was high and straight, but the streamer didn't seem to have unfurled properly at ejection and appeared to be hung up on a fin.  The Spartan slammed into the ground just beyond the flightline, and it was then that the reason for the odd looking recovery became clear.  The nose cone had rebounded back into the top of the body tube at ejection.  Sideways.  It stuck, which accounted for the speed with which it slammed into the ground on recovery.  The body tube penetrated the nose cone almost to the 1/2" point. 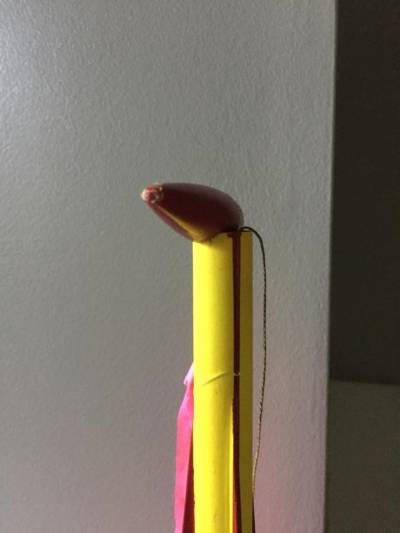 Definitely a lightweight streamer recovery bird.  Like they were meant for each other. 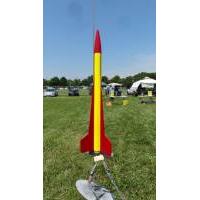 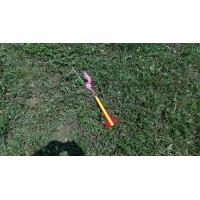 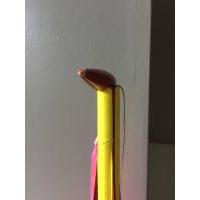