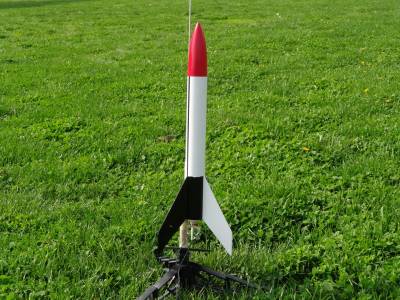 The Super Alpha is the newest member of the far-reaching Estes Alpha family, only in mid-size BT-60 garb and with a terminally mismatched nose cone profile.  I love the concept, but not so much the actual presentation, and decided to go with a balsa nose cone with a more Alpha-like profile.  Since I was making wholesale changes, I also ditched the decal and went with the look from my first Estes catalog in 1977.

This project got off to a rough start because one end of the body tube had been severely squashed because of the overly tight packaging.  I'd had this problem with Quest rockets back when they were still available locally, but this was the first time I'd seen it in an Estes kit.  Since one end was unaffected and the squashed end wasn't creased in any way, I was able to use it as the motor end because the centering rings would keep things in shape.  It still bears mentioning.  It might be a good idea to check the kit you plan to buy before you leave the rocket aisle. 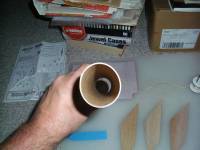 I'd read about the substitution of the PNC-60AH nose cone for the balsa cone on YORF, so it came as no surprise when I opened the bag.  I love the PNC-60AH and the kits it has been a part of, but it has no business on a rocket that bears the Alpha name.  I was placing a Semroc order at the time, so I added a BNC-60K to the order and had it in two days.  I did the basic construction of the rocket, your tried and true 3FNC build, and tried the body with both nose cones.  The plastic nose cone made it look like a Der Red Max with fin issues, so the balsa cone was the clear winner.  Construction was level 1 simple, as expected.  I used Elmer's Wood Glue for the whole build, started before I began to get dinner together, and finished before I left for work at 9:30 pm.  The only change I made was using Kevlar in the recovery system, tying the cord around the motor tube, running it out through a slice in the forward centering ring and gluing the whole thing in place. 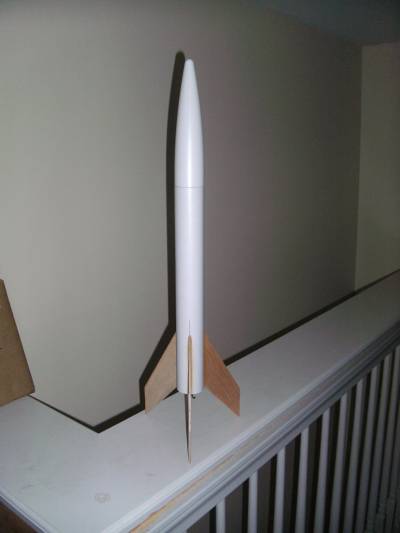 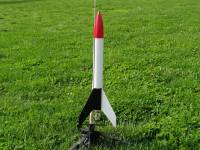 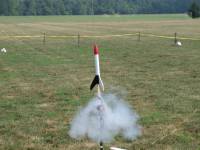 The first flight for my Super Alpha came at NARAM 53 in Lebanon, Ohio.  With the big field, I felt like the rocket could handle a "big" C6-5.  I figured right.  There was a slight breeze, but the flight was dead straight, tipping over slightly just before the ejection charge fired.  I had used a the stock chute without a spill hole because of the lack of breeze and size of the field, so the recovery was nice and soft.  The rocket actually stuck the landing and stood for a few minutes until a slight breeze came out of nowhere and blew it over.  Very cool flight and recovery with no damage.  Is there anything more to it?

All subsequent flights have come at B6-4 Field, and all have coincidentally been on B6-4's.  It's the perfect engine for BT-60 birds on this field, and I've toyed with the idea of an all BT-60 launch.  While not "low and slow", the flights never overfly the confines of the field, but still go high enough to make for a consistently good show, with the whole flight clearly visible and easily photographed.  The Super Alpha is suceptible to anything above a light breeze, and with the trees that rim the field as close as they are, I've learned that calm days are the best ones to get my flight jones on. 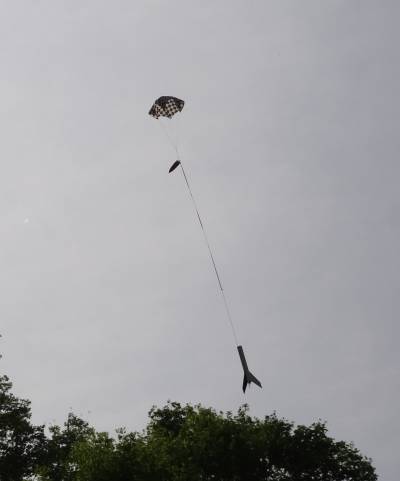 The NARAM flight used the stock parachute that had been included with the kit, but subsequent flights were recovered by one of the checkerboard pattern chutes that I bought a ton of in an Ebay auction several years back.  They're sturdy, and look great bringing the rocket in over the ballfield.  My supply is dwindling.  I'm going to need to think about finding a checkerboard tablecloth and making myself a bunch of new ones here in the near future.

Cons: I love the PNC-60AH nose cone, but no way it belongs on a rocket carrying the Alpha name and fin pattern.  Tight packaging crushed one end of the body tube. 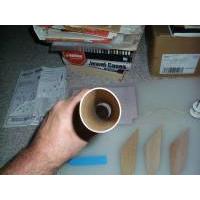 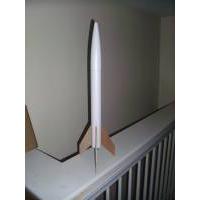 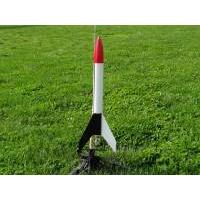 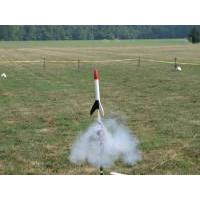 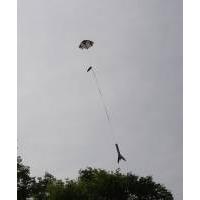