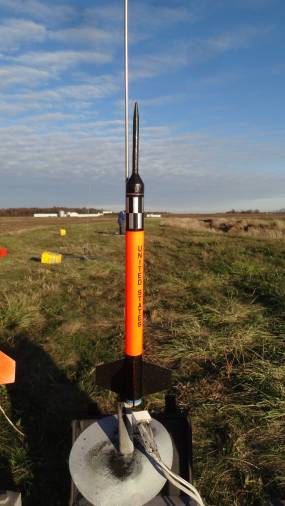 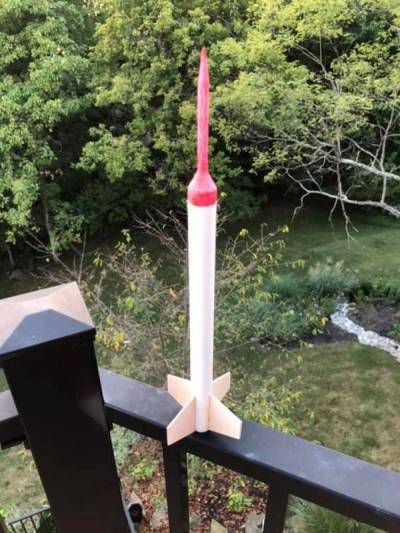 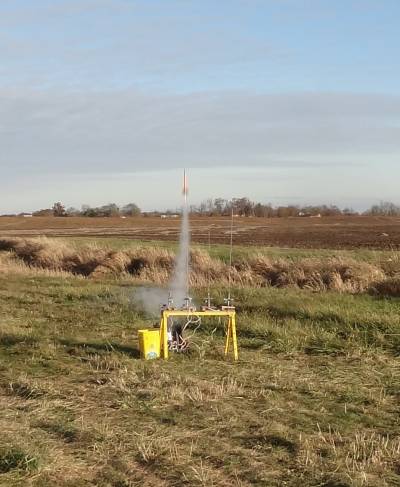 I spent many years working third shift, which occasionally allowed me to cash in on some really cool late night "Buy It Now" deals on eBay.  In this case it was a used nose cone lot, the star of which was an RDC-625 nose cone, or a reasonable facsimile thereof.  Once in hand the decision about what to build around it came down to the V-Max or the Cardinal.  Something about the V-Max spoke to me, so the Cardinal will have to wait until another RDC-625 pops up on late-night eBay.

Construction was fairly simple as the V-Max is just a 4fnc bird with an odd nose cone.  Kevlar was used to augment the recovery system, tied into the engine block and glued in place.  All gluing was done with wood glue.  If you've built an Alpha, you can build the V-Max.  (If you can find an RDC-625 nose cone.)

I had nothing to bring to the table when the time came to paint other than one vague idea; vintage.  I can't say I'd ever seen an RDC rocket, and the only catalog images were black and white, and of dubious quality.  RDC Model Rocket News-A-Log Summer 1969 (oldrocketplans.com)   Since I used basswood for the fins, I was able to get away with minimal sanding, just one coat of thinned Elmer's Carpenters Wood Filler, sanding, and primer.  The nose cone, which had previously been painted with what appeared to be a skanky red nail polish, and it had been sharpened to a murderous point, so I sanded as much of the red as possible and blunted the point on the nose cone to something more round and less lethal.  The body was sprayed with Competition Orange paint, then the fin can and nose cone were sprayed with Black Night Metallic.  It still needed something, so I found a wrap decal, sprayed the top of the body tube AMC Sterling Silver.  The wrap decal and a UNITED STATES decal were added for personality.

First flight was at a WSR cornfield launch in Cedarville, Ohio.  Loaded with a B6-4, the flight topped out around the 500' mark.  Some slight wiggling was noted, but the entire flight was easily seen.  A 12" parachute handled the recovery duty, but the ejection charge blew it inside out and it fouled.  The chute became a streamer and didn't really slow the rocket down at all.  It came in backwards, but ballistic, and landed fairly deep in the corn.  Luckily the muddy field cushioned the landing impact and the V-Max was returned without damage.

Pros: Vintage cool, and a unique nose cone to boot.

Cons: No pics of a vintage model available. 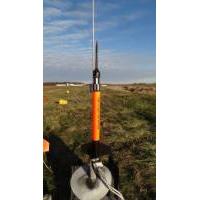 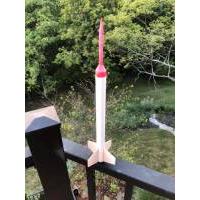 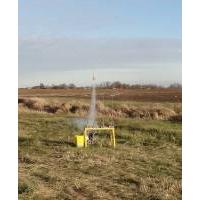