For Descon 13 I planned on entering something really cool!

Boy, I really need to get out more. Anyway, I *was* planning on only doing the lander, but as I was scrounging around for an eyehook, I came across a bunch of built Gnomes from past make and takes gone bad (HINT: never use Gnomes for make and takes, very high failure rate) at one time in the past, I commented, "I should take a bunch of these and make a cluster..... hmmm", so thats how the Quad Gnome was born. 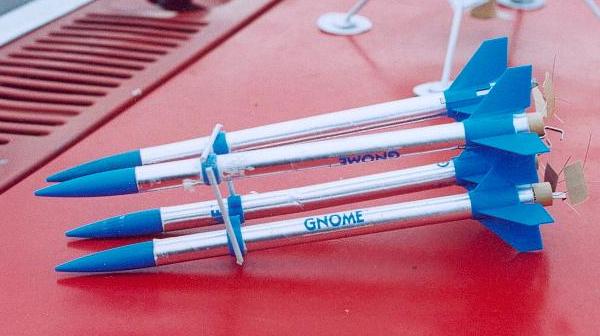 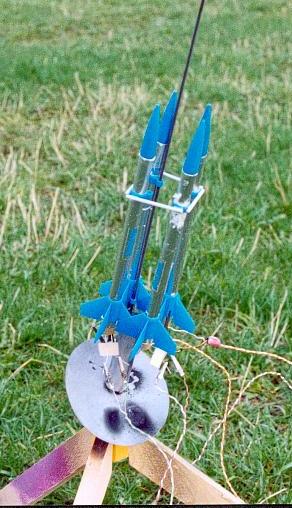 Yes, almost as simple as that. take four gnomes, and apply plastic glue to fins to glue them together. this gives you a bit wobbly unit so I went to a plastic model kit and used bits of sprue tree to attach the top halves together.

Recovery system is a purely random guess. we've had a number of seapration failures, spit engines, and other sich things during the make and takes. I just made sure That all the noses had streamers, packed them in and prayed.

ok, I didnt pray...I didn't even bother to put wadding in.

Well, as always, this was a last minute project, so we had to schedule an after work, before the sun goes down, lets hope the weather is right, get a pic before the dealine, launch. myself and other members of the club went out and launched our entries, with me stuck getting the takeoff shots (I do moderately well getting them, so I get stuck with it). 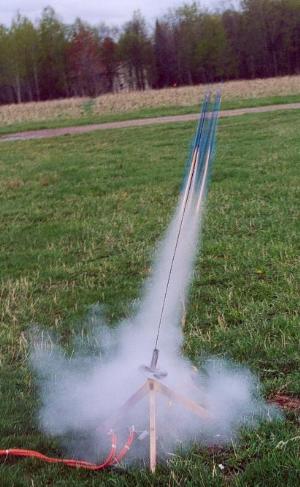 At launch only 3 of the 4 engines lit, causing there not to be enough "oomph" for a decent flight. touched ground just as two of the noses popped, with a third being launched about 20 feet away (no, it did not have 20 feet of shock cord).

A fitting end for such a crappy kit. or kits

As said before, this was just a brain fart, though of in seconds while trying to find parts for another entry, built in less than five minutes, and not expected to fly as well as it did.

For those safety consious out there, we always run our descon flights as heads up flights - ever since my first entry in Descon X.