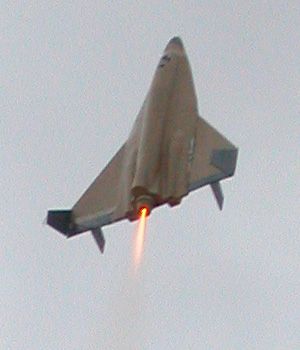 Brief:
The Estes Cosmos Mariner is a 1:67 scale version of the Lone Star Space Access team rocket plane for the X-Prize. It is a single stage D12-3 power glider with pop-pod on 18" parachute recovery.

Construction:
1 main body tube with 24mm pop-pod insert. The pop-pod have centering rings that fit the body tube and 4 heavy washers for nose weight on boost. Flat wing glider is made from 6 laser cut wing panels. There are also 4 fins (rudders). The rest of the body is made from two large vacuumed form sheets of plastic. There are three display engine nozzles that come off for flight.

The instructions are easy to follow and the illustrations are good. You must have a good flat surface to build the wing. The wing consists of 6 large sections of balsa, 3 for each half of the glider wing. It is very important to have all pieces glue together flat. The hardest part was gluing on the two vacuum form body sections. The body sections didn't fit the assembly well. The instructions call for using a silicon adhesive. I used GE Silicone II. You have to wipe away any excess glue as you cannot sand it later. I was not impressed with the glue joint. If I had to do it again, I would use a thick super glue for plastics.

Finishing:
No special requirements for finishing. The balsa wings need a lot of sanding sealer to get smooth. The paint scheme is easy. There are a few stick on type decals.

Flight:
The only recommended motor is the D12-3. The model boosts nicely with a slow roll during boost. It is important when flying to make sure that the elastic that pops up one elevator is attached well and when the pop-pod is inserted, the movable elevator is facing the opposite direction of the glued on elevator. This is what rolls the model during boost. Once the pop-pod ejects, the movable elevator pops up to get the plane into glide configuration. This glider is hard to balance. Even with glider at the specified balanced point, the glider stills stalls in flight. It is hard to test glide it since it a fairly heavy glider. It will take quite a few flights to trim out the glider. One person mentioned to me that even though it was stalling, it was one of the best glides he seen out of this kit.

Recovery:
I flew this model as a entry in SF/FF event at NARAM 48. On the first flight, the parachute on the pop-pod got tangled in the wire hook on the back of the pop-pod and never really opened, so it came streaming into the ground. The RSO DQed the flight as unsafe. The pop-pod with all those washer is very heavy, so it is important safety wise to make sure the chute will always open. On the second flight, I got rid of the Estes supplied chute and use a nylon chute of the same size. I also shortened the shroud lines and taped them to the pop-pod way from the wire hook in the back so there was no chance of them snagging on the wire. On the first landing, both wings cracked down the wing grain of the balsa to a point outside the lower rudders. This was repaired with super glue and flown again. Admittedly the ground at NARAM was hard packed and there was no grass to cushion the landing. I am sure landing on macadam or concrete would also be very bad for this glider, so avoid flying it near paved areas.

Comments: After reading this review, I have decided that my Cosmos Mariner will become Display Only model and the beast's innards will be 'reassigned' to a freelance scratch-built boost glider project loosely based on Convair's XB-53 design proposal, with a sci-fi twist. Which, it seems, may have a better chance of success, even if it might be a "roll-of-the-dice" for either model's chance of coming back alive. later, F.S.W.

I think the reviewer was far too nice about this bird. First of all, Estes lists this kit as a skill 2 IIRC and really ought to be a skill 5. The plastic body pieces fit together poorly and the instructions were rather cryptic as to exactly how they were to line-up before trimming the edges. Not only that, but the instructions suggest silicone glue for securing the plastic to the balsa. After mine crashed, I was able to easily pull apart the plastic from the balsa. Bad choice of glue which probably should have been epoxy. I only got one decent flight out of mine and that was terrifying at best. The motor pod ejected with a gigantic pop which vaguely resembled a cato and the shroud lines ripped off the parachute almost every time I launched it no matter how it was packed. In any amount of breeze it weather-cocked like no other. If you are an LSO and someone shows up with one of these in your flight-line be sure to have them place it on the ?away? pads and make it a heads-up launch. This kit is a flying piece of garbage and I am sorry I wasted my money on it.

This is a very delicate model. The balsa for the frame is only 1/16-inch thick. It splits very easily when not handled carefully before the body shells are attached. Like Chan, I used contact cement to attach the body shells (specifically, the non-toxic water-based variety that doesn't attach the plastic). This stuff holds the parts together very well but you must be very precise when actually joining the parts. I agree that this model is more "show" than "go". It just doesn't have the structural strength to handle any kind of adverse landing, let alone landing on any kind of hard surface.