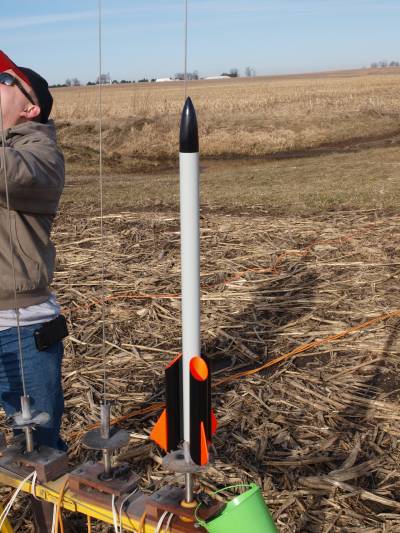 Upscale of the FSI Viking 2 based on Estes BT-60 parts.  The original Viking 2 was based on an FSI tube that was close in size to an Estes BT-50, so this is a 1.8x upscale.

Construction was very straightforward with only the mounting of the tube fins needing anything more than standard white glue building skills.  Had I decided to go ahead and paint the body tube and tube fins the same colors, I probably could have used white glue throughout construction, but the fact that I painted them different colors made me feel more comfortable using epoxy.  It was also easier to get good paint coverage this way as tube fins can be somewhat difficult in that regard.

The tube fins started out as 10" lengths of BT-60 body tube.  I used the miter tool at http://archive.rocketreviews.com/tool_template_widget.shtml.  I set the angle at 45 degrees, but I've since been told that FSI used steeper angles.  That was fine with me since the whole project was just to "suggest" an actual FSI Viking 2, not replicate one in detail. 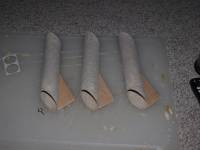 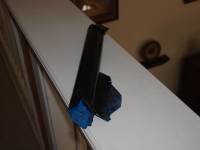 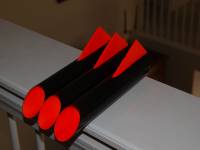 As mentioned, I painted all of the parts before final construction.  I then marked the BT-60 for a three fin setup, masked a thin strip on the line, and roughed up the area with sandpaper to give the epoxy something to get a grip on. I repeated this process on the back side of each tube fin, then epoxied them in place one at a time.  To this point the joint seems bulletproof. 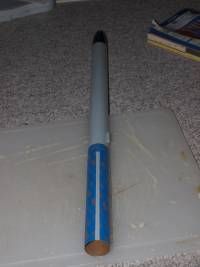 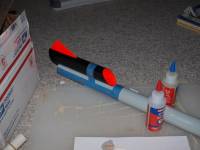 FSI catalogs were fairly iffy on paint schemes, so I felt like I was pretty much on my own when it came to color choices.  Since I fly my larger birds in a large cornfield, I felt that bright colors would allow the rocket to stand out on the ground amidst the cornstalks.  Other than quite a bit of masking, finishing the Viking 2 was fairly simple.  I used the standard thinned Elmers Carpenter's Wood Filler to rid the parts of balsa grain and tube spirals.  The tube fins each had a finlet on them that I wanted painted orange to match the inside of the tubes.  Once the finlets were attached, I sprayed them and the insides of the tube fins with Rustoleum Flourescent Orange.  I taped over each finlet and covered the inside of each tube, then sprayed the outside of the tube fins Valspar gloss black.  The nose cone was also painted gloss black, while the main body tube was sprayed Valspar gloss grey.  As yet I have no decals. 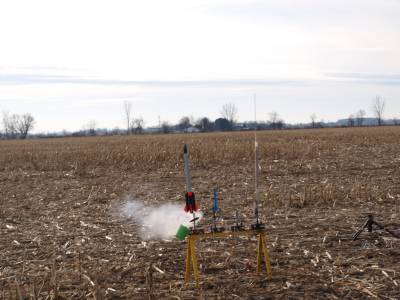 The Viking 2 has been flown twice at this point, both times on the same field on Estes E9-4 motors.  The first flight was my leadoff flight at my first TORC launch.  The rocket left the pad with authority, windcocking back over the flightline.  Ejection occurred just as forward motion stopped, and the nylon chute began to carry it swiftly back across the flightline out into the corn.  Since the rocket was painted with a day-glo fin, I wasn't too concerned with the possibility of losing it, so I took pictures of the rest of the rack before heading out into the corn.  Mistake.  I stomped through what I thought I remembered as the landing zone for the next half hour and saw nothing but corn.  The day-glo orange that I had counted on to shine out like a beacon failed utterly.  The story had a happy ending.  Several hours later I stumbled onto the Viking 2 while searching for another lost rocket.  (Which I also found under odd circumstances.)

The second flight came several weeks later on the same field under almost identical conditions.  Again loaded with an Estes E9-4, the Viking 2 windcocked over the flightline, but this time the wind carried it further out.  It once again recovered in the corn, but nowhere near as deep as the previous flight. 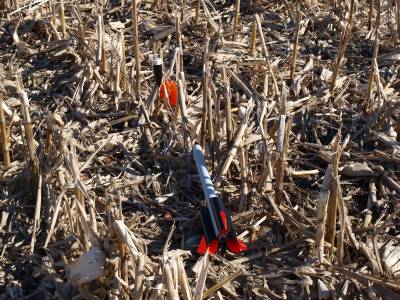 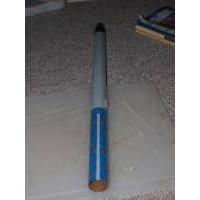 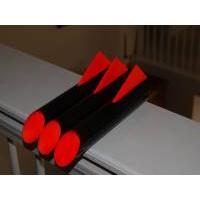 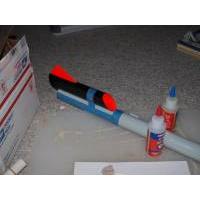 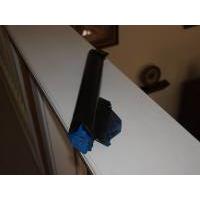 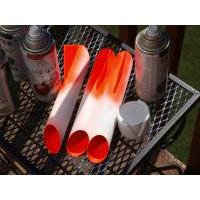 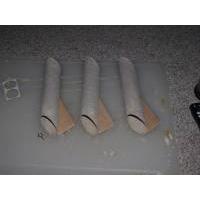 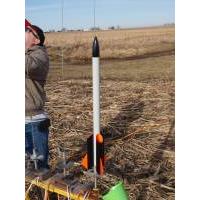 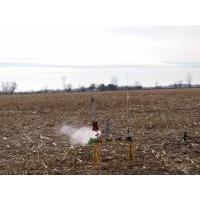 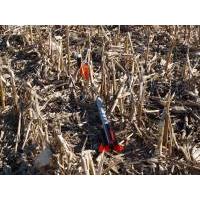 You did a FANTASTIC job.  I plan to copy your beautiful rocket!