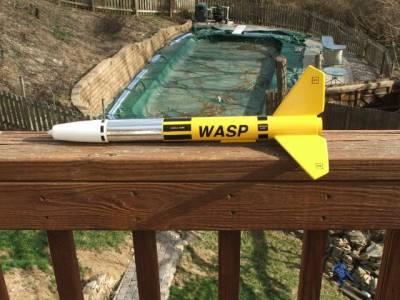 Though the finished product is a great looking, D-capable bird, the InFlight WASP is an extremely simple build, just your standard 24mm 3fnc bird, but done right.  InFlight went to the trouble of creating their own instruction sheet, complete with custom drawings and illustrations, a nice touch in a niche where many just give you a copy of the original Estes instructions.  Other than incorporating Kevlar in the recovery system, construction was simple to the point that I had the project done and ready for paint in one late afternoon/evening session, although things slowed down considerably after the initial Friday build session.  Fins were attached using LocTite Gel CA, then fillets were done using Elmer's white glue. 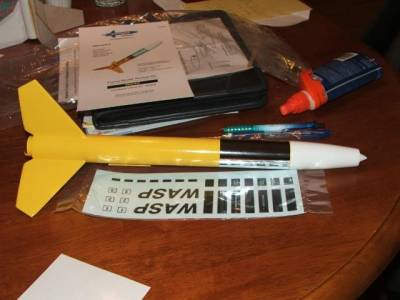 After the glue had dried I sprayed the DART with Valspar white primer, then sanded before covering the whole assembly with two coats of thinned Elmer's Fill & Finish, sanding between coats.  After the second coat was sanded off the rocket was resprayed with primer and given several days to dry.  The body tube was then sprayed with the last of my Valspar Bumblebee Gloss, while the nose cone was sprayed with Valspar gloss white.  Decals were sprayed with two coats of Testors Decal Bonder, then applied.  The chrome Mylar sticker was applied by drawing a straight line up the body tube and using it as a guide.  As far as I could tell, I got it applied straight, but I still wound up with a slight crease, luckily along the rear of the rocket. 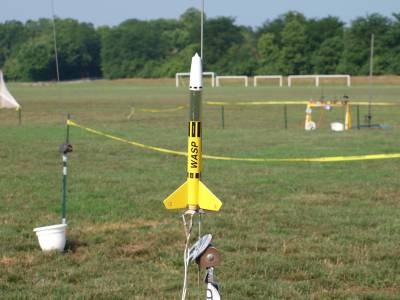 The first flight took place at the VOA field on a C11-5.  The flight was high and straight flight with a huge drift on recovery, but landed a few feet away from another QUARKer whose rocket had recovered in the same spot on a previous rack. Kept me from a long walk.  The flight was so close to perfect that I vowed that the next flight would be on a D12-5.

The next flight was on a C11-7, also at the VOA field.  Another carbon copy of the first flight, high and straight, but with less of a drift because of the lack of wind.  Another near perfect flight, and I vowed that the next flight would be on a D12.

The next flight was on a C11-7 in the dead air of NARAM 53.  I had planned to go with the D12 for this flight, but I'd used the last one in my motor box on an earlier flight.  The flight was again high and straight, but ejection came a bit late.  As a result, the nose cone rebounded into the top of the body tube and received a gash for its troubles.  Shoule be an easy fix.  D12-5 the next time.  I SWEAR IT! 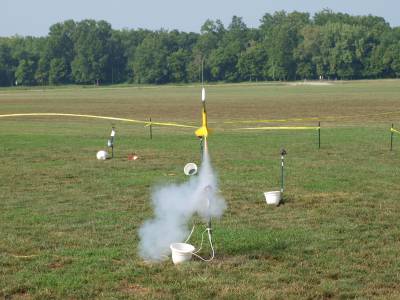 Cons: Out of production, along with the rest of the Inflight clone lineup.  Too bad.  They were nicely done start to finish. 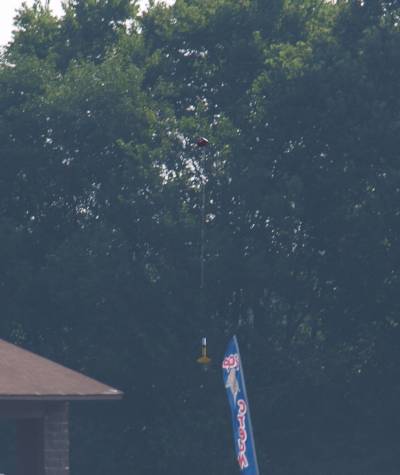 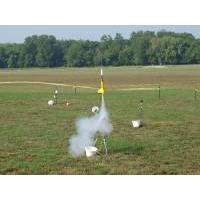 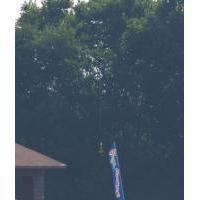 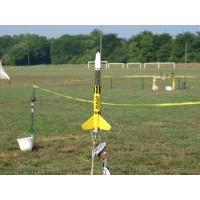 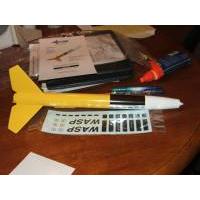 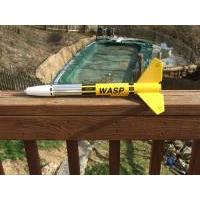