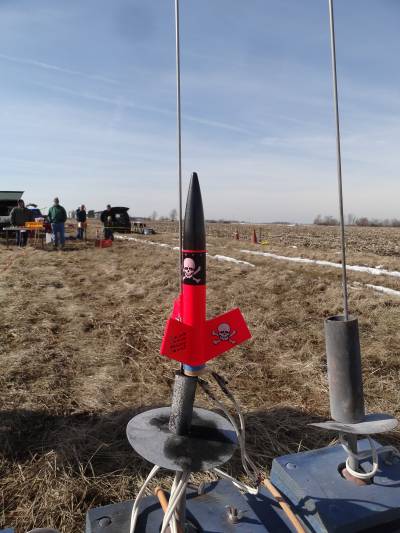 Back in the days of the Hobby Lobby 40% coupon days I got in the habit of picking up an Estes Mini Max kit whenever I made a trip to the store.

I made a lot of trips one summer.

The Mini Max is an easy project, and who doesn't like the Red Max, so for several months I built a fleet of Minis whenever I found a color that I liked.  I'd previously done an 18mm powered Mini, so the idea of a 24mm naturally occurred to me eventually.  The build started as just a Mini Max with the fins flipped forward, but when the time came to install the motor mount, I realized that I didn't need another 13mm B6-4 Field bird.  18mm?  Done that.  24mm?  That would be stupid.  Perfect!

I didn't sweat the finishes on any of the Mini Maxes, but they turned out very nicely despite my slacking off.  The initial sanding of the fins was followed by primer, then more sanding.  I had a can of hot pink spray paint that dated back to the early 1990's in my stock car days.  It popped nicely when applied on top of white primer, so I thought it would work well on a rocket.  Since I was trying to come up with different colors for the Mini Max fleet, it seemed like a perfect pick.  Since the hot pink applies flat, I sprayed the finished rocket with a coat of clear before applying the decal.

This was in no way a B6-4 Field flyer, so I had to wait for a cornfield launch to make the first flight.  A WSR cornfield launch was scheduled in Cedarville, Ohio for February.  I'd not previously flown in this field because I wasn't sure the entrance could be navigated successfully by my Hyundai sedan, but on this day launch fever drew me to make the attempt.  I took it slow, and there was some scraping, but I made it down the path to the parking area.  I found the field frozen, but thawing and quickly turning to muck.  The Mega Mini Max would be my last flight of the day, and it would be a memorable one.  I loaded it with a C11-7 because it was the only 24mm motor I had with a 7 second delay.  I was using a new camera and was very interested in trying out the burst mode.  Boy did I get burst.

The MMM left the pad quickly and heading dead straight.  The camera caught the ignition, liftoff and then looking like it hit a wall.  There was a fairly impressive detonation and the air was suddenly filled with hot pink snowflakes.  Everything dropped to the ground to the left of the pad and a crowd gathered to have a look at the obvious destruction.  Max had simply ceased to be.  The whole top of the rocket was just gone.  Well, not completely.  There was a small piece of jawbone left.  The rest was part of the assorted confetti strewn throughout the cornstalks.  The explosion had snapped the shock cord and the nose cone fell and embedded itself in the mud.  The fins were the only thing recognizable.

Five years later I found the remains of the Mega Mini on a file cabinet in my shop during a general cleanup inspired by the pandemic.  Realizing once again that there was no real way to rebuild what was left, I was about to throw it out before realizing that I still had some of the hot pink paint left.  I primed and painted a piece of scrap BT-50, installed the engine block and Kevlar, then attached the fins.  From ten feet it looked perfect.  Close up........well, I wouldn't let anyone get that close.

Second flight would be at another WSR launch, but not in a cornfield.  It would be at eRockets Field in Dayton.  I was thankfully out of C11-7s, but I had a D12-5.  Those two extra delay seconds wouldn't be that big of a deal, right?  Man, it hurts to type that.  After 1700+ flights, you'd think I'd know better.  Actually, it hurts to type that, too.  The flight looked perfect and topped out well over 1000', probably around 1500'.  From the ground, all looked perfectly normal, and we were able to track it all the way back to the field right of the pads.  As it descended, I realized that I couldn't see the streamer fluttering.  Then as it got closer I could see it streaming slightly, but I could also see the body tube fluttering.  One of the other flyers caught it behind the cars and the extent of the damage became clear.  It was zippered all the way down to the engine block.  That's okay.  I still have more hot pink paint.

This was going to work.  Tube scrap #3 was primed, painted, and the fins grafted in place.  This time I bought a pack of D12-7s specially for the flight.  The day was breezier than the previous two flights and the Mega Mini windcocked heavily as it left the pad.  Still, I was able to track the flight all the way to the edge of the field.  We saw the ejection charge fire, then nothing where there should have been six feet of hot pink streamer.  I scanned the skies to the north, sure that it would eventually break cover, but saw nothing.  I walked the whole end of the field, scanning the freshly mowed grass for the telltale flash of hot pink.  Nothing.  For a while it looked like the Mega Mini experiment was over, but two flights later I caught a flash of pink across the access road.  It had found a way home after all

Pros: Took a few tries, but it eventually performed just as I hoped.  Who can argue with a Max of any size?

Cons: The Mini Max is unfortunately out of production. 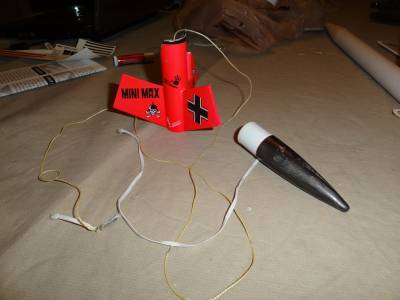 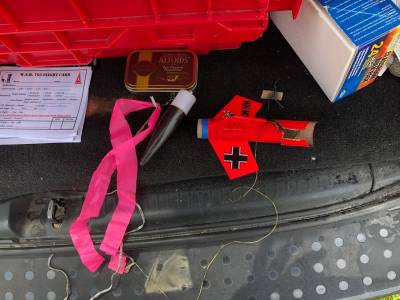 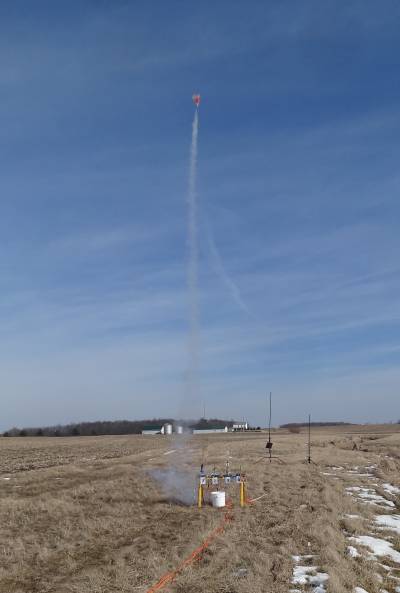 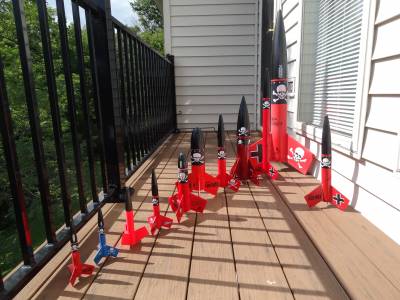 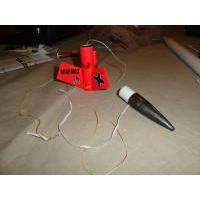 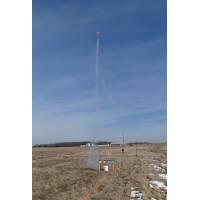 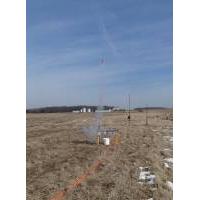 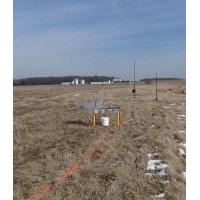 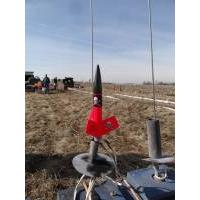 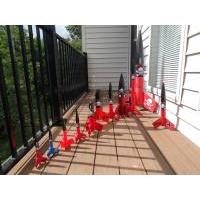 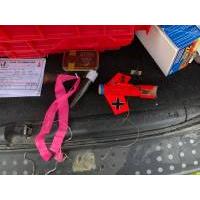