I originally purchased an Estes' Mongoose Kit because I wanted to use it for an experiment, however, when my 8 year old nephew came to visit it seemed like a good kit to build together. So we built it.

The instructions have lots of illustrations, however, that didn't help us fully understand how to assemble the lower stage's motor mount. I think the problem starts in the first step when sliding the green booster adapter onto the motor mount tube. It tells you to slide it up to the 14mm mark, however, it is a bit confusing as to whether the front of the ring or the rear of the ring should be at 14mm. In the second step, you are told to apply glue and slide the motor mount "all the way in" the booster fin unit. The pictures show it partially out. Well, we got ours "all the way in" and flush with a bit of sanding. Of coarse, when finished the booster did not attach to the second stage flush. The remaining instructions and pictures posed no issues.

As a side note, a young friend of mine had built the Mongoose on his own and had it at our last launch. I noticed that his rear tube was sticking out some and when attached to the second stage, it was flush.

Flying the Mongoose demonstrated strengths and weaknesses of the kit. 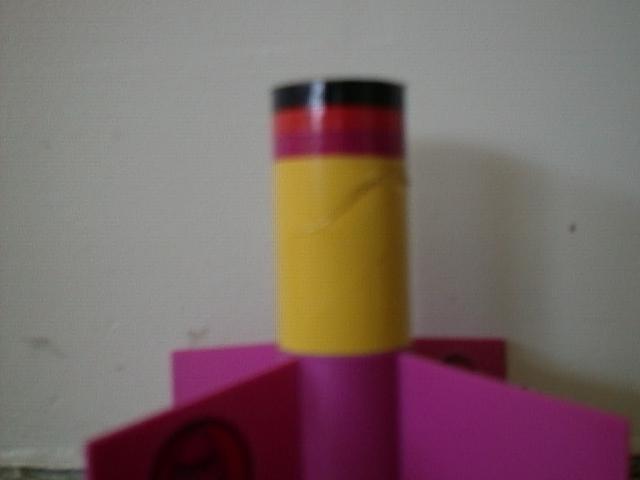 The weakness of the kit was seen in the sturdiness of the body tubes and the booster motor mount's susceptibility to burning away. With both my young friend's and our rocket, the booster was damaged on first flight. The damage was a slightly crushed body tube.

As mentioned though, flying the Mongoose also demonstrated a strength. This kit has nice flights. This kit has nice flights. With a B6-0 booster you get to see separation and watch flawless in-air ignition of the second stage. Two successful flights where impressive. My young friend's single flight faired differently but nonetheless impressive. With a 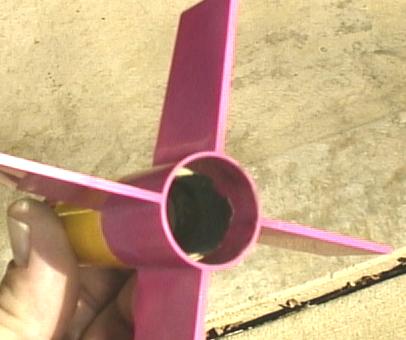 C6 booster we barely saw the separation and with a C6 in the second stage we strained to see ejection. After ejection, we watched the wind carry the Mongoose a long distance and it was lost in trees beyond the edge of the field.

Estes calls the Mongoose a "perfect first time two-stage rocket". I would question "first time" due to the instructions. Also, I don't think anyone could keep this rocket flying for very long due to the weak body tubes and rear engine mount. The only redeeming factor is that we enjoyed several impressive flights, however, I don't think that outweighs the other issues.