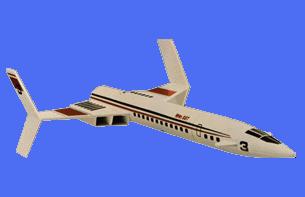 It is another of my many kit bashes. All fin patterns and decals came from  http://www.spacemodeling.org/JimZ/est1927.htm. The major difference being that mine is a Goony version of the Aries SST and as such is built with a BT-60 tube instead of a BT-50 tube that was used in the original. 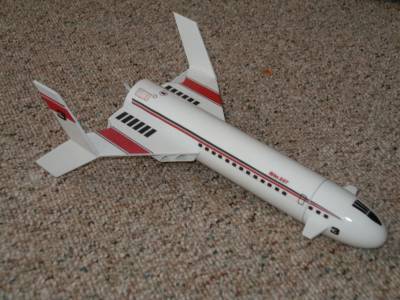 I'm only doing this review as no one has written one for this little beauty from the past.

As stated this is a kit bash so the main components are as follows.

From My Stock Pile:

Decals from the Baby Bertha were discarded and balsa wood was gone over with HobbyLite filler to fill in all laser cuts. After a light sanding to smooth things out all balsa was sprayed with 3M Spray Adhesive and covered with white printer paper. New patterns were then drawn for all parts on the wood and cut out using an Exacto knife and hobby saw.

Construction was simple and straight forward. Wood was cut and glued together per instructions. Step 7 was the first Con: as I had to re-cut all the balsa wood parts. Steps 10 and 11 were the next Con: as I had to use a cereal box to make the engine shrouds. From there I followed the plans again until Step 15 where the other modification was made. This was Con: #3. The NC for this build is from the Baby Bertha so two canards had to be cut from left over balsa and attached to the NC. This was done by cutting a notch in the center of each canard root edge and gluing in a 1/2" end length of tooth pick before covering with paper. I then drilled two holes of the same size as the tooth picks on opposite sides of each other on the NC for attachment points. Canards were then attached with super glue. This was done in order to help hold the canards on straight and for strength. I also took a long thin stick with a drop of super glue on the end of it and applied it to the insides of NC where the tooth picks came through the holes to help anchor them. On the Pro: side, Step 17 was simpler due to the wood being paper covered. Only had to prime, sand and paint for a flawless finish. 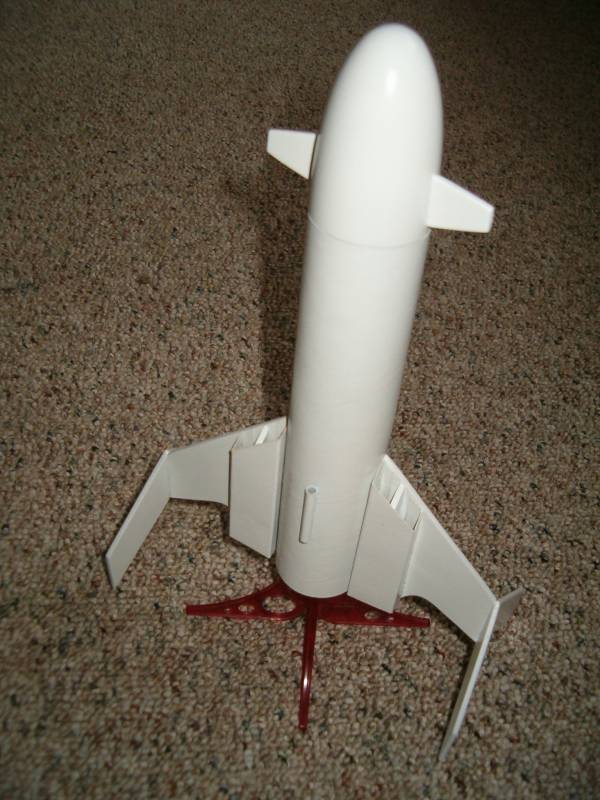 Finishing was done in the standard fashion of priming entire rocket with Rust-Oleum 2x Primer, a light sanding, and then applying two coats of Krylon Gloss White. Decals were then printed out on standard printer paper and clear coated. Once dry they were cut out and attached with a glue stick. After allowing them to cure a bit and making sure none were lose rocket was clear coated with Krylon Clear Gloss to seal decals on. 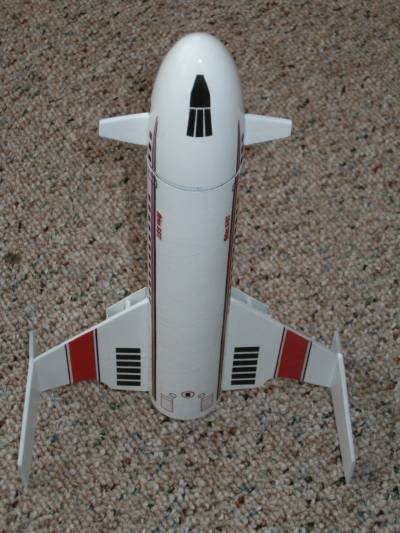 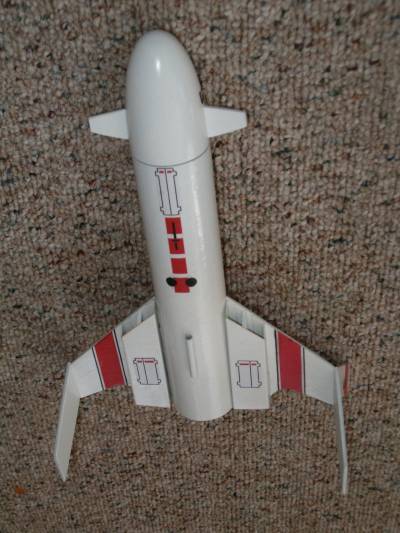 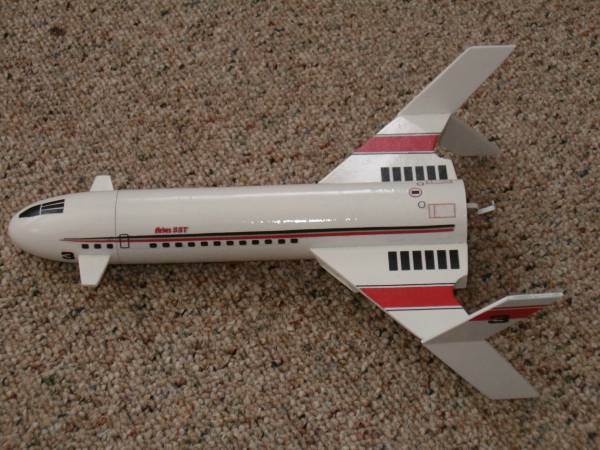 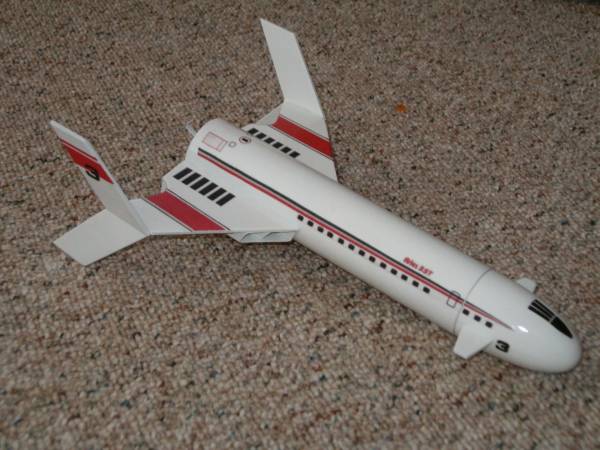 Maiden flight took place on 06-19-10 at a S.M.A.S.H. club regional meet on a B6-4 and was picture perfect. To bad I forgot to take photos. This was a contest weekend and I was busy helping out with timers. I do remember that the rocket jumped off the pad and weather cocked slightly into the wind as it climbed nice and high with parachute being deployed just after it nosed over.

Parachute deployment was just about right and rocket descended down range a medium distance at what appeared to be a reasonable speed. Upon recovery found rocket had suffered slight damage to left rudder (broken off). Will be repaired and flown again. I fear this may be a recurring problem though with this rocket as they stick out a ways from the end of the wings are the first thing to hit the ground so will see.

Another fun kit bash and a gem of a flyer. Sure to draw attention at any launch because of it's uniqueness.

Second flight was with the Jackson club down at M.I.S. on another B6-4 with the same basic results. Right side rudders broken off this time but may be due to hard impact. 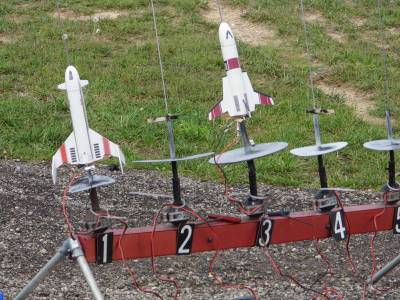 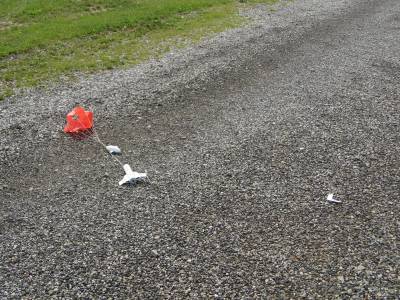