Zoom Broom was the 1st of my Goonybird clones modified for 18mm motors as a result of being kit bashed from a Baby Bertha.

Starting with a Baby Bertha kit (EST 1261) that I purchaced at my local Hobby Lobby, all components except the balsa wood and decals were used to make this build. While at hobby Lobby I also purchaced a 3/32"x4"x36" sheet of balsa for cutting the new fins for the Zoom Broom and the next three Goonies that I had planed to build (Cloud Hopper, Missle Toe, and Sky Shriek in that order).

Before the actuall construction began I went to http://www.oldrocketplans.com/estes/est0853/est0853.htm and download the plans. I then printed out the decals on plain printer paper so I could get an idea on how long the BT-60 tube was supposed to be. I read somewhere that all the goonies were approx. 8" long so after measuring the NC I cut the BT-60 tube down to 5 1/2". I then checked the decals against the BT and the picture in the plans and they looked about right. From there I then used the fin patterens to cut new fins. After they were cut out and paper coated I then followed the Estes plans for the Zoom Broom with the exception of the MM which was replaced with the 18mm Baby Bertha mount. 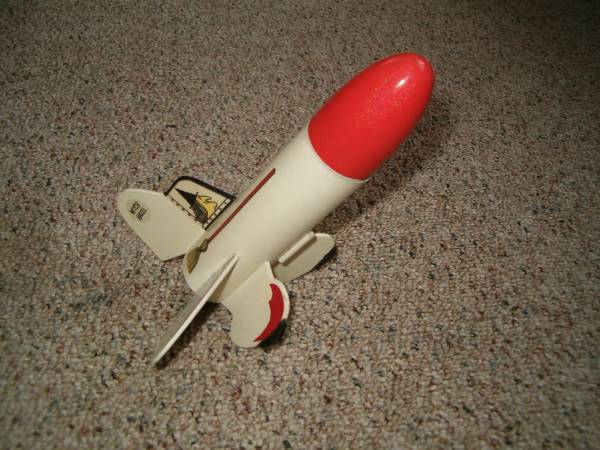 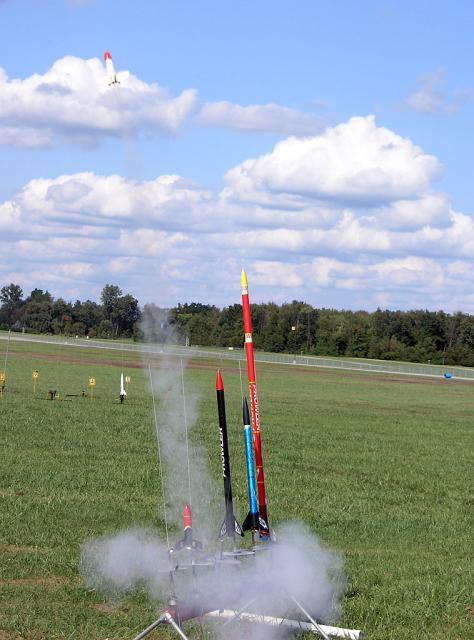 While there is not a lot of room for a paracute and dog barf in this little flier it can be done. Recovery is accomplished by standard Estes parachute that comes with the Baby Bertha kit.

Pros: Its a Goony Bird. Most people either love 'em or hate 'em. Me, I got bit bad and forsaw a whole fleet of different Goonies.

Cons: Its a Goony Bird.